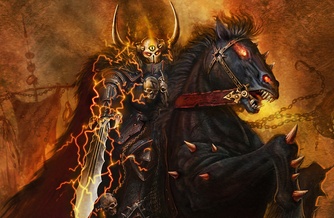 There are some leaked images for the Endtimes Archaon floating around the internet this morning. They reveal many of the things regarding the Endtimes that we have been talking about over the last several weeks, including the new Bloodthirsters, army compositions, Tyrion, and new units. Some very cool things coming with the new book, and it looks like its right around the corner.


The next book looks fantastic, and I wish I could read some of the smaller print.
2/09/2015
Natfka
Leaked Images, New Releases, News Headlines, Rumors, The End Times, Warhammer Fantasy