The End Times: Solid Rumors and Direction of the Game 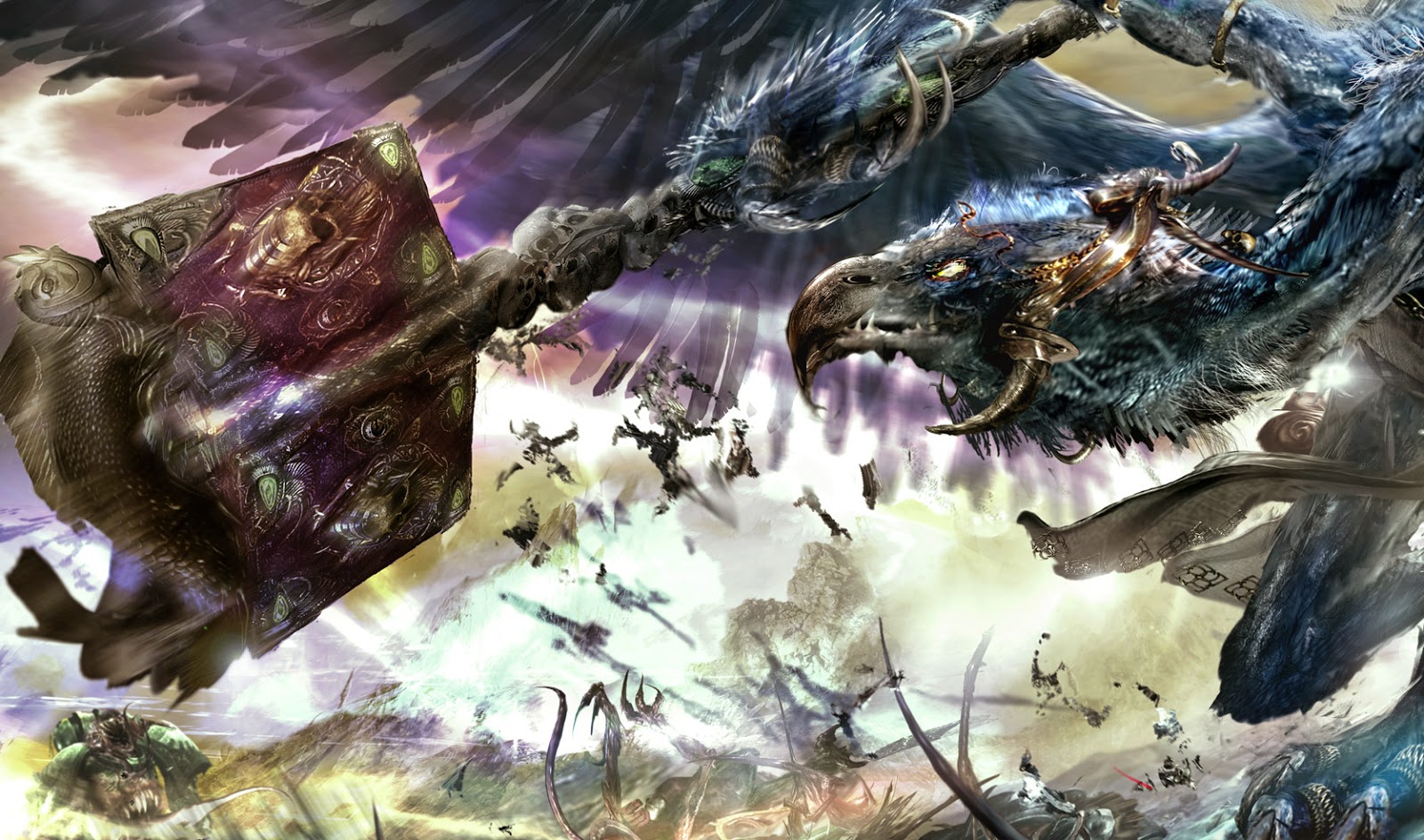 Of course Harry is saying that it may be End Times +3 books, but regardless, Harry has chimed in on the End Times of Warhammer Fantasy, along with a rumor of the End Times having a 6 month window of releases.

via Harry on Warseer ****
You may remember last year I was being very vague about some 'radical changes' in a thread about 9th edition.

Back at the start of the year, in one of my first posts of the new year I said this:

I don't think they are trying to destroy it.
I suspect they will be trying their hardest to breath new life into it.
We are not seeing the "End times" for Warhammer just yet.

So I first heard about all this last autumn?
I was told 2014 would be "Year zero" for Warhammer.

Had no idea what that meant at first but if you Google your way to the wikipedia you get this:

The term Year Zero (Khmer: ឆ្នាំសូន្យ chhnam saun), applied to the takeover of Cambodia in April 1975 by the Khmer Rouge, is an analogy to the Year One of the French Revolutionary Calendar. During the French Revolution, after the abolition of the French monarchy (September 20, 1792), the National Convention instituted a new calendar and declared the beginning of the Year I. The Khmer Rouge takeover of Phnom Penh was rapidly followed by a series of drastic revolutionary de-industrialization policies resulting in a death toll that vastly exceeded that of the French Reign of Terror.

It was made clear to me that this was what we were talking about for warhammer.
Everything that existed being completely destroyed (or discarded) and something new replacing it from scratch ... purged and replaced from the ground up.

I am going to get this a bit wrong because I honestly can't remember where I heard it but to confirm the three book rumour .... I did hear the "End times" were going to be spread over three books.

And other doomsday scenarios ...

Urrrm, the whole thing is, in fact, a Doomsday scenario
What I am expecting is most of the End times releases in the next six months .... I bit of a breather and 9th edition six months after that ... July/August 2015

Whatever 9th is it will be set in the grimmest, darkest post apocalyptic Warhammer fantasy world yet.