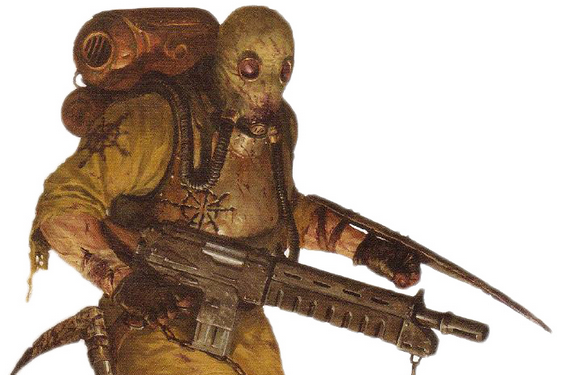 Forgeworld has a series of updates coming this year that includes an Imperial Armour book for all the Forgeworld Chaos 40k kits and troops. This is a an email correspondence regarding Forgeworld's answer to when 40k Chaos will be getting updates.


via a reader on Faeit 212
I have some info on an upcoming Forgeworld book release. They are going to be releasing a book for all of their 40K chaos kits, including revised and updated army lists for the Chaos renegades (The Siege of Vraks books are now very out of date). Below is the email correspondence-

"Thank you for your email. The Renegade Militia lists do need updating with regards to 7th edition 40k and the current associated Codex's. However, we will be releasing an Imperial Armour book later in the year for all our Chaos 40k kits and troops, which should update all this for you.Until this is released, you should be able to use the older lists and the current updates on our website to get started."

Will the upcoming Chaos book include army lists for fielding renegades?