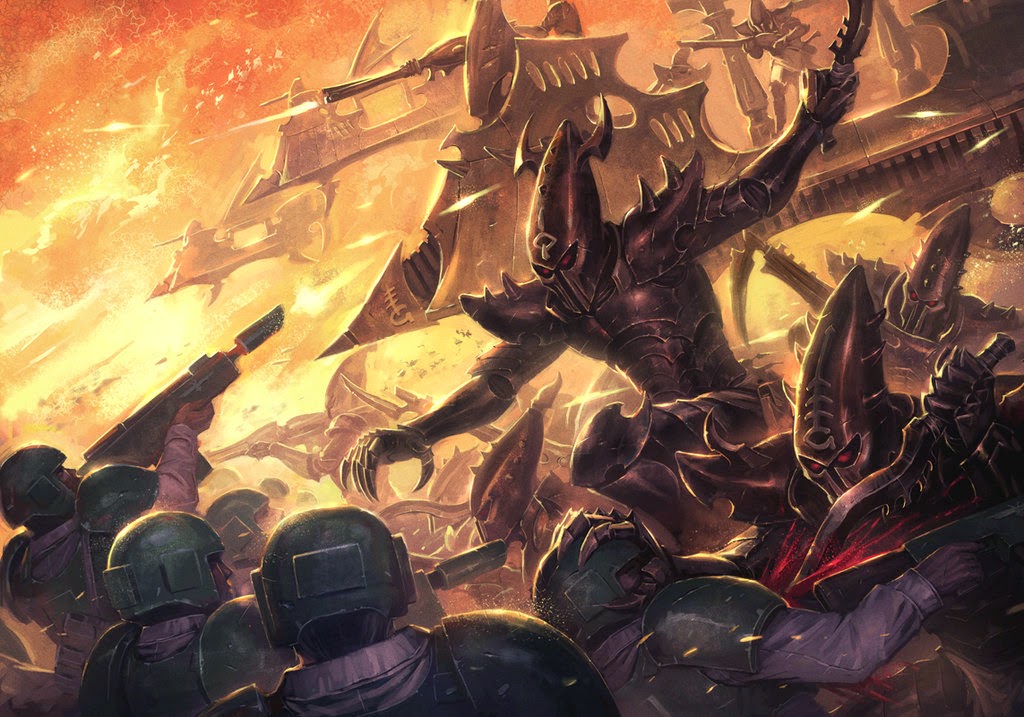 Some people have read the battle reports from the upcoming White Dwarf, where apparently the Dark Eldar kick the crap out of the Asta Militarum. With that in mind, I have read some peoples reports on what they read in that battle report, and here is one that discusses the Voidraven and some possible weapon variants.


Please remember that these are reports from memory of someone that read the White Dwarf. Count them as rumors for now.

via Archibald_TK
A few things I remember from reading the WD:
- The Voidraven carry a very massive bomb underbelly (biomechanical looking) that can be put on the model in a secure position or in an "about to be dropped" one.
- The rules for the bomb are probably different than before as it manages to wipe out a 10 men IG squad.
- The alternate weapons on the Voidraven are the DE variant of the Eldar Wraithguard ones. At first I thought it would be a blast version like the one on the Eldar plane but a single Voidraven managed to wipe out an unit of Scion (10 men if I'm not mistaken) so they may be templates instead.
- Multiple kind of missiles are mentioned, I think at least the Implosion one and the Cold/Heat one.
- Only 15 IG are still alive at the end of the battle report.
9/23/2014
Natfka
40k, 7th Edition, Dark Eldar, News Headlines, Rumors, Warhammer 40k