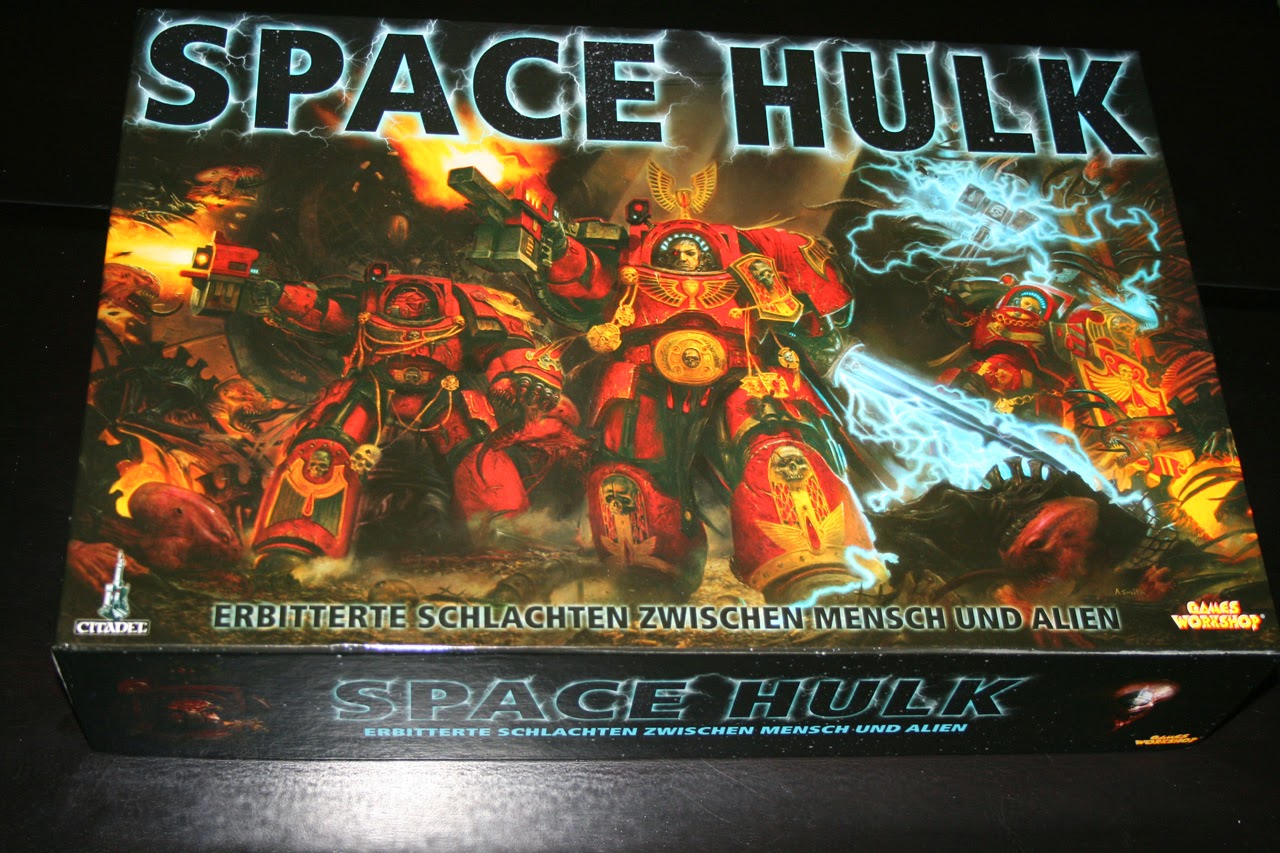 Games Workshop customer service is generally very awesome to deal with, and in fact are one of the best I have ever had to deal with on the very few times (twice in 18years) I have had problems. In store issues can be a different animal, and sometimes difficult if not frustrating to deal with.

In this case, delivery of pre-ordered Space Hulk boxes were missed from someone being late for work. So when customers came in, looking for their boxes, they were not there, however a large stock of 15 boxes ready for sale were available, but not for those customers that pre-ordered. Instead they were sent home without their game and told they can come back on Wednesday.

Now I have seen something along these lines about a year ago, so store employees holding off allowing pre-orders to be picked up from available retail box sets is familiar. I even understand it a little a from a stores perspective, that the games that show up for the retail floor are for that, and not for pre-orders, which come separately. Its just not a good policy, in fact its rather poor.

On the bright side of things, a call to GW customer service (or email) resolved the problem, and I will let you check out what was said here below.

via a reader on Faeit 212
Hi natfka. Just wanted to let you know about some poor gw service I just
got. Long story short, I preordered my space hulk to store, the guy working
was late to work so missed the delivery now I'm being told to wait till
Wednesday day to collect despite them having 15 copies in store for general
sale. I'm disgusted.

Resolution
I complained to customer services. They contacted the store and told them to set aside all the preorders from the retail stock, and I got my copy from a rather displeased assistant. I will say he isn't the usual guy who runs the shop. The customer service email said his direct manager would be informed. I think this is clearly a policy they need to roll out properly to staff.
9/21/2014
Natfka
Games Workshop