Raiders, Venoms, and Ravagers Oh My! 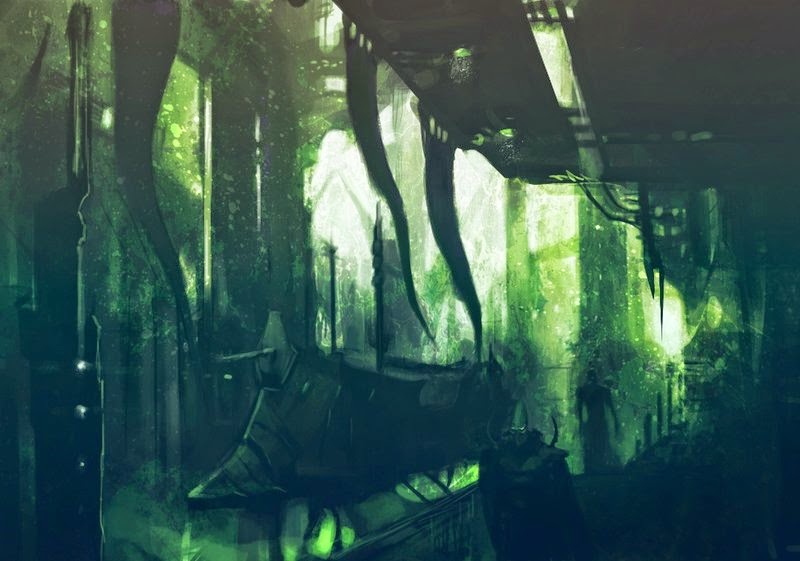 Dark Eldar Raiders now are going to be coming with Deepstrike, and flickerfields now appear to not be an option, but reserved for Venoms. Of course Night Shields now giving stealth is very cool. Lets take a look at the latest rumor batches from around the internet. Its getting a little crazy.

Please remember that these are still rumors.

via an anonymous source on Faeit 212
Just a correction of that german info on the last article, vehicles do not have an option of taking flickerfield apart from the Venom which comes equipped with it. Night shields though gives them stealth.

Some more good news, Raiders, venoms and ravagers now have deep strike included in their profile.!
Wyches can take 3 special melee weapons if it's at least 10 models.

Lelith and Drazhar have Rampage.
Unfortunately there's no Lord of War at all :(

To compensate for that bad news here's something interesting. Real Space Raider Detachment: 1 HQ 2 Troops 1 Fast attack are compulsory, but you can take up to 6 fast attack in 1 detachment.
Includes giving a cover save of a 5+ to troops in the first round and any round with nightfight. Non-troops get a 6+

Then there's the thing about the razorwing jetfighter being moved to fast attack :)

via 40k Kings
http://www.40kings.de/2014/09/der-dark-eldar-codex-ist-da-qna-den-kommentaren/ (info in german)
Bomber has same cost as landraider and armor 10/10/10
New bomb is s9 ap2 lance 5"
Portal is an item that gives the carrier and unit Deep Strike without scatter.
Wytches have 10 teams in three special weapons, whether the are different - KP ;)
The planes are expensive and can have 5 ++.
Talos/ chronos in units of 1-3, t7 3 wounds, points near a phantom lord
Chronos is cheaper has ap3 and buffs for friendly units