Infinity: The Road to N3 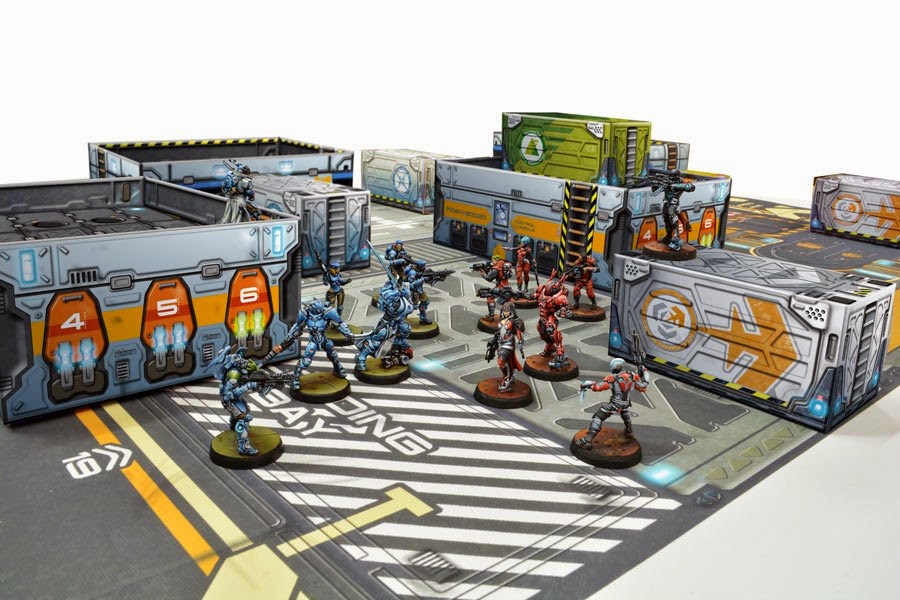 Hello again!  (Guest Article by Ed)
As most of you may know by now, Infinity is on the eve of a new edition, due later in the year.  I'm going to use this article to discuss what this means for the Infinity community, and particularly to new players.

Evolution:
Firstly, unlike a lot of games systems moving from one edition to another there seems to be surprisingly little panic amongst gamers both on the main forums and major Facebook groups such as UK Infinity the Game or the group I admin, Infinity The Game:  Northern Alliance.  This can be put down to a number of reasons.

First and foremost, from the moment it has been announced Corvus Belli have been steadily feeding us honest information about both the direction N3 is going in, and also giving us titbits about how rules may be changing and why they are being changed.  I've noticed in other edition changes, this is simply not the case, and I believe that a lot of gamers lose faith in a system because lots of things are different about something that they have invested time and resources into without ever being given a reason as to why.

Secondly, we have been told from the beginning that this edition change is about streamlining what is good about Infinity, and ensuring that the language used in rules is clear and concise.  Infinity is Spanish game that has been translated into English.  I personally feel that N2 (the current edition) has been translated very well considering how complex the rules appear to be when first learning them, but because of language issues, problems do arise especially in tournaments where RAI vs. RAW clashes actually mean something.

We have been told that the mandate of this edition is to clear up these issues, and that although there will be new units added and new rules, the primary goal is to ensure everyone is playing the same game.  Undoubtedly, there will be problems with this edition (name a system that there isn't), but if the information fed to us about N3 is even half true, we should expect a better, more dynamic game, which is something that the community have latched on to and are expecting.

Corvus Belli have divulged lots of information about specific rules changes, which I'm not going to go into specifically in this article.  What I am going to talk about are the general changes to game play and what that means to gamers.

As I have mentioned the big change in N3 is going to be a tightened rule set that clearly depicts what a rule does.  There are occasions in Infinity where is not always clear what order events happen or who is affected by a particular situation due to the translation.  I would still argue that there are many more mainstream systems that have been written by people with English as their primary language that are much more ambiguous than the Infinity rule set, but Corvus Belli have taken this on board and have moved to change this.  I fully expect that N3 will have very clear parameters for players regarding the application of rules for skills and equipment as well as the core concepts of the game that takes away some of the doubt and 'wiggle room' that the current translation presents players with.

Corvus Belli have also created a clear chat structure taking into account how the different levels of skills/equipment work that will allow players to reference what their units do on a single page rather than having to search through the book.

Another aspect of the game that we have been told is changing is the universal timings, or actions/reactions of units.  Currently, a core principle of Infinity is the idea that it is 'always your turn', that if I act, you would have a chance to react.  This is a great concept and is generally well executed via the Automatic Reaction Order (ARO), but there are occasions where this isn't the case which can confuse players and detracts from the notion that you always get to 'do something back'.  The main offenders for this are Camo Attacks, and the Martial Arts skills, which both lead to a player being able to role unopposed, with their opponent only being able to react if they survived.  What we have been told is that N3 has overhauled these systems so in most occasions you will get to react in some way (even if it is just to turn around), giving more of a sense of 'I act, you react'.

The reaction online to these changes (and more specific rules) has been overwhelmingly positive.  The Facebook group I help to run is buzzing with excitement over the new book as are the official forums and other information sites.  The changes we know about are small, but all seem to be pushing the game forwards, and most importantly, we have been given time to digest this information before release - it will not be a shock to us.

Alongside all of the information we have received around N3, Corvus Belli have also released the two player starter set, Operation Icestorm.  The pack, which retails at around £70 contains 2 brand new starter forces (Pan Oceania and Nomads), that are currently only available in the set (although they will be released as separate starters at a later date) and two exclusive miniatures, one for each faction.

The set also includes a play mat, cardboard scenery and tokens, plus a Quickstart N3 rulebook with a mini campaign that takes players from absolute beginnings to being confident about how the game works. 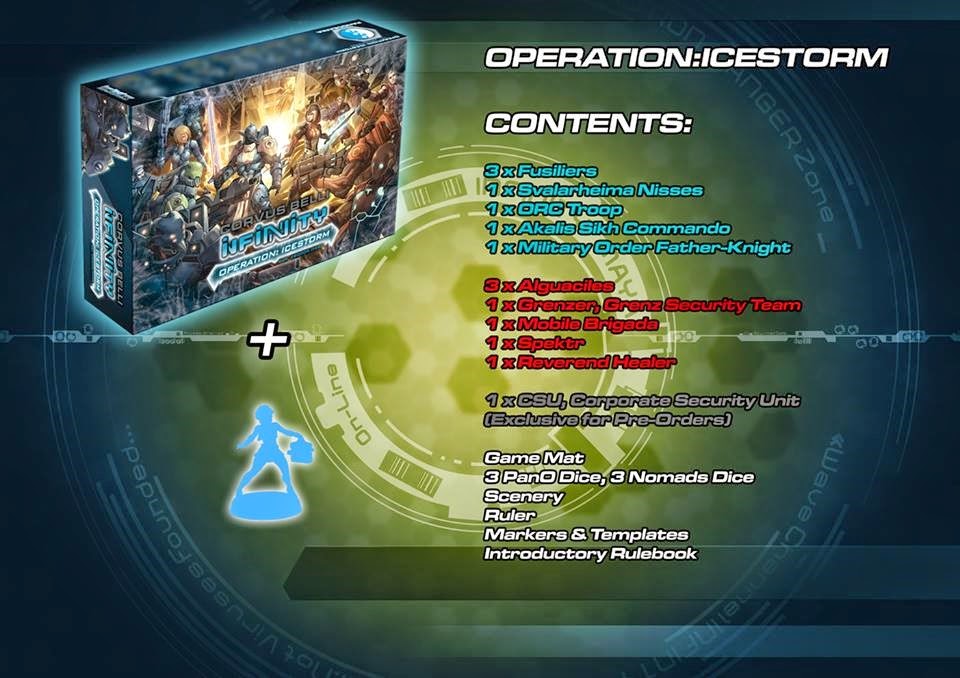 The miniatures are world class, and as a set this is hard to beat.  Indeed, I believe that there isn't anything on the market today that can match Operation Icestorm in quality.  It sold out at Gencon within a day, whilst information from a prominent UK games distributor said that it was outselling Warhammer 40k 7th Edition.

If you are wanting to start Infinity, this is a great place to start.

The Northern Open:
Since my last article, it is fair to say that I have been swamped with both real life commitments and my work on an Infinity event in the UK.

On Saturday, 20.09.2014, at The Heart Centre in Headingly, Leeds, UK, the other admin members of Infinity the Game:  Northern Alliance and myself hosted the first Northern Open ITS Event.  Our mandate was to produce a 20 person fully supported ITS event for Infinity, with top quality tables, organisation and excellent prize support.

The feedback we received from those who attended was that the Northern Open was one of the best Infinity events held in the UK, which hopefully will be followed up by a second event in February/March 2015 using N3 rules.

Hopefully you will enjoy the pictures. 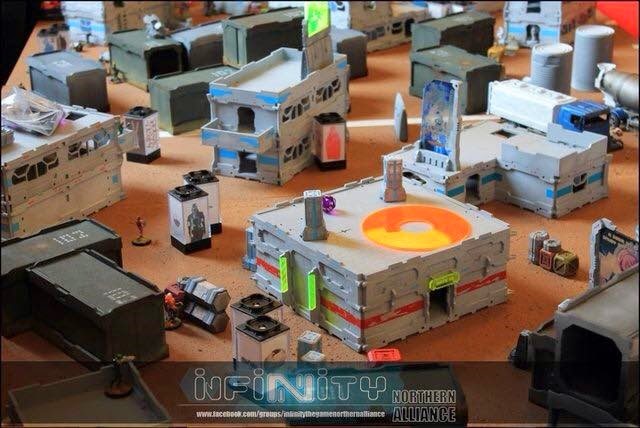 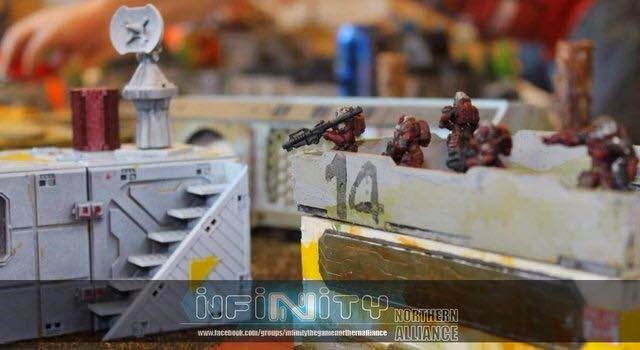 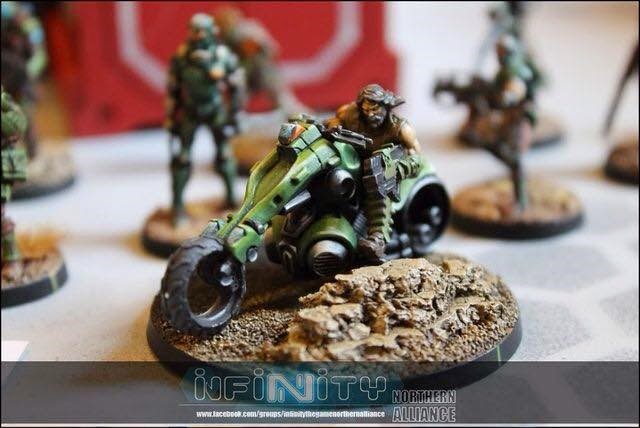 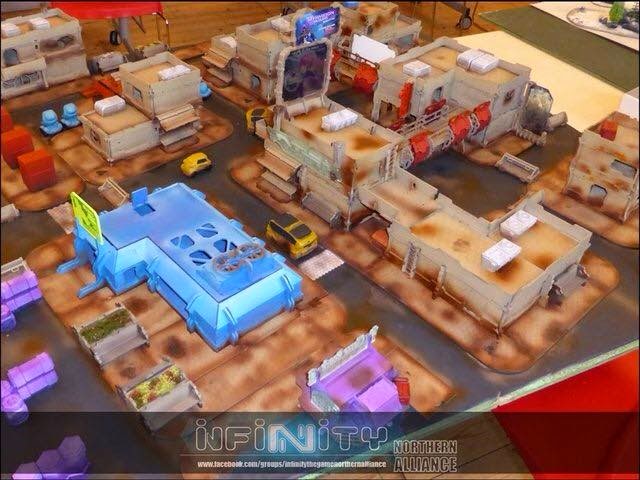 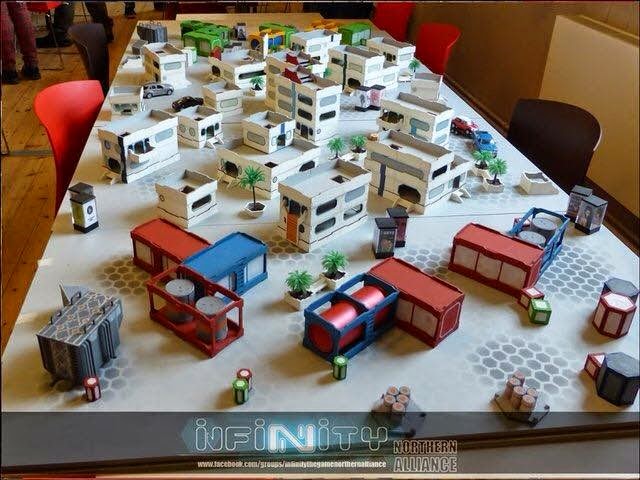 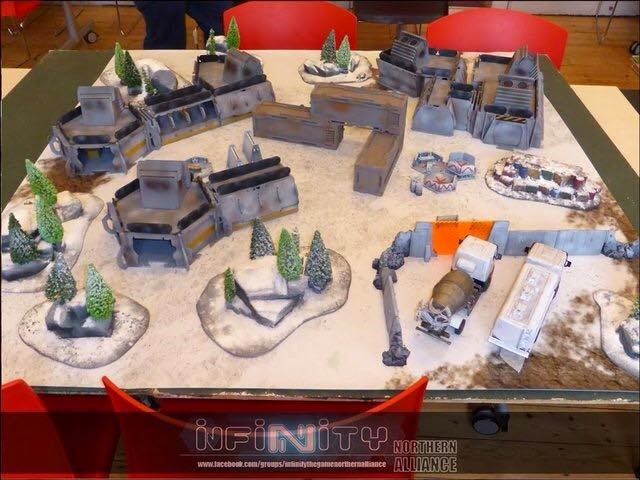 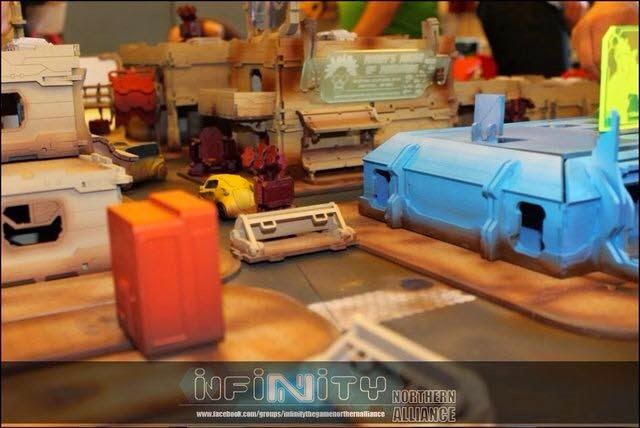 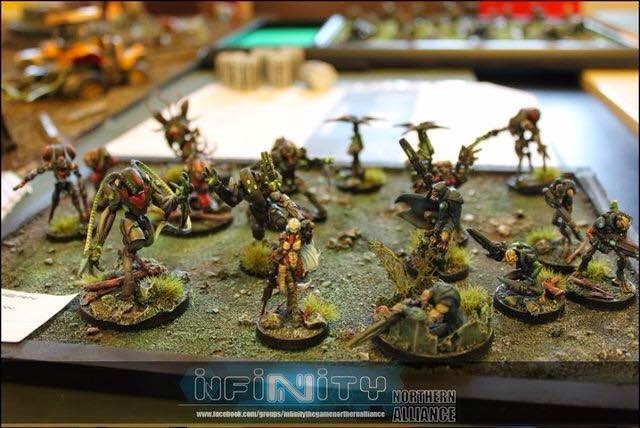