Presence of Faeit: The Dark Eldar Dealing with Armor and the Psychic Phase 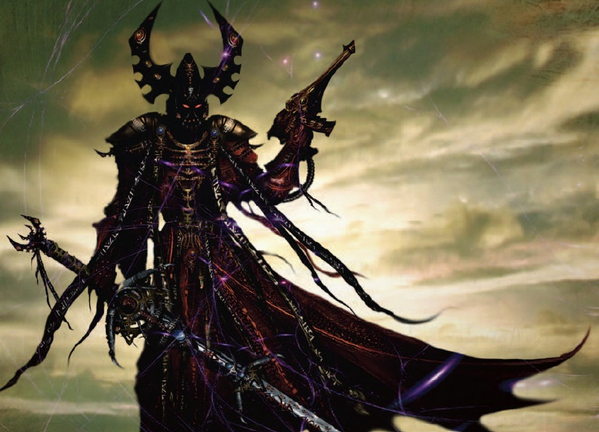 Dark Eldar are about to appear, and one thing that remains a complete mystery to us all is how if at all, Dark Eldar will face the psychic heavy game that is 7th edition without allying.

Dark Eldar are in for a workout when it comes the 7th edition environment; a strong psychic phase, and powerful large Imperial Knights tend to dominate the tables. Dealing with armor has always been a challenge, but the psychic phase has all but been ignored by the dark kin.

I have a few concerns regarding gameplay and Dark Eldar in 7th.

Armor, and Imperial Knights:
As it stands, a player walks up to the table with an Imperial Knight, and bunch of psykers, and says.... Oh good..... Dark Eldar. Now I know there are ways to deal with armour in the current book, but overall Dark Eldar have had a hard time beating armor for a long time with their lances as their primary weapon to battle it. Yes, haywire is available, but lets be real, I see very few scourges and units carrying the grenades. How Dark Eldar can respond to the Imperial Knight threat will be important for the codex, as the lack of melta or other strong armour killing weapons really does hurt.

Psychic Phase:
Lets just admit that the dark eldar can go use the restroom, eat lunch, or sit around talking to neighbors during this phase. Now that pyschic powers are much more prevalent the Dark Eldar should have some response to the powers of the warp. This is of course from a complete gameplay aspect, as the current background has them paranoid to the extreme over the slightest of psychic energies being used. You also cannot declare a crucible an answer when they are so limited.

Will Dark Eldar need to ally still under 7th edition? My thoughts are yes, and that almost every Dark Eldar player will need eldar in a competitive environment (tournament or league) to compete. If this is the case, it will most likely turn the dark eldar into an army (like now) that is mostly allied with to get the one special unit or character that people want in their other armies.

These are the things I am looking at rumors and information starts to flow about the contents of the new codex. What do you think? Here's to hoping that Dark Eldar will be able to stand on their own.
9/21/2014
Natfka
Dark Eldar, Presence of Faeit