What's On Your Table: Ork Project 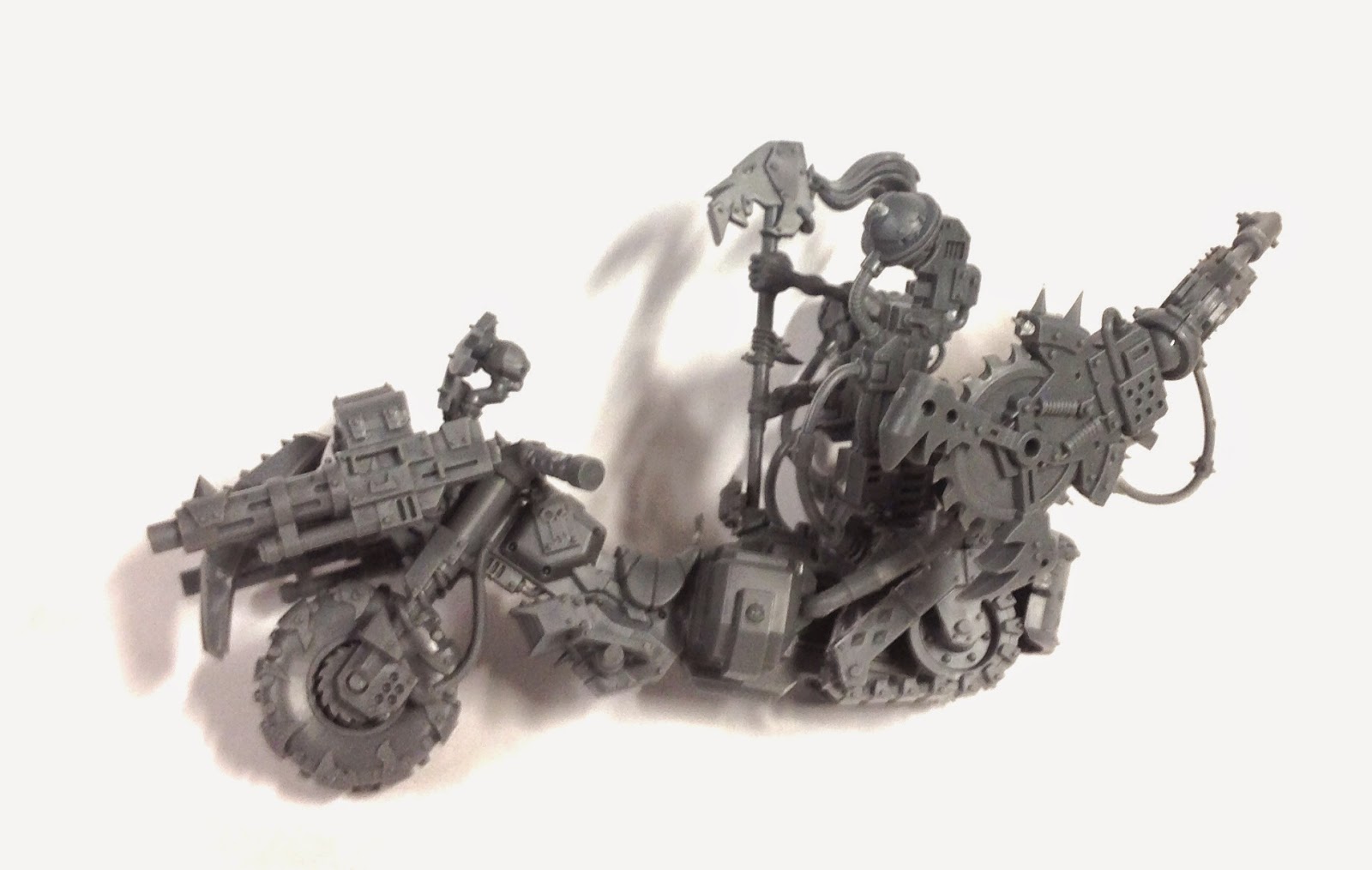 First up for What's On Your Table tonight is a very detailed Ork project.


Here are some WIP pics from my Orkz project, which is in stage 2 of 4 now as I have managed to paint 1000 point army.

I started this project for our FLGS Tale of Gamers campaign in which you have one match per month and first round is played with 500 pts. Size limit increases with 500 points each round up to that 2000 point.

I was shocked to notice that there are no Bik Mek on Bike with KFF so I had (well actually had to is a bit wrong term since i luv to do konvershuns) to build my own.

Big Mek WurGrim's Mekbike consists of normal Warbike bitz which has been Kustomized in an orkish way by adding more length with parts from Tau Broadside Suit and various bitz from here and there. Track part has been splitted and made more wider so it actually looks like Orks might believe it to be able to carry all that extra stuff.

Kustom Force Field is made from two Kustom Mega-Blastas taken from Deff Dread which are connected to those Tau Bitz mentioned earlier.

Mek Tools are presented by that Deff Dread Close Combat Weapon arm which is connected to skorcha part from the same kit.

Grot hanging from the Boss Pole is there to act as a Grot Oiler by tinkering with that steam tank that powers the Mek Tools and is slapped or otherwise mauled by Bik Mek if it tries to adjust delicate connections to Kustom Force Field.

Mek Tools can also function as a Kill Saw in game terms and the eye of the front wheel shield can be counted as Gitfinda.

I have tried to have a meaning for every part that has been added and even thought about how they have to be connected for them to able to work although with Orkish logic and I guess I have achieved that quite well.

Next up is building a nice Big Mek WurGrim to ride on that bike out of Lootas, Nobz and Warbiker kits.

This is currently waiting to get painted asap my condition which makes my hands shake gets a bit better.

In meantime I am doing Ork Boyz that won't need that much detail and I have worked out an method that needs only one coat of white primer by airbrush and Devlan Mud dipping as a first stage and then everything except metal and black parts are done with shades. Metal is done by painting, not drybrushing and then a glaze or a shade has been applied on to it depending on the desired color. Black parts are done with black ink.

I am lucky to got my Iron Hands Captain finished before my condition had this periodical worsening going on.

That Captain is Carneus Vülgar of the Clan Raukaan and in this iteration he wields a Betrayers Bane with extra Lightning Claws and a Relic Blade and is clad in an Artificer Armor, which by the way is taken and then customized from a Blood Angels Nipple Guar... Err... Sanguinary Guard that he beat on a duel of honor. 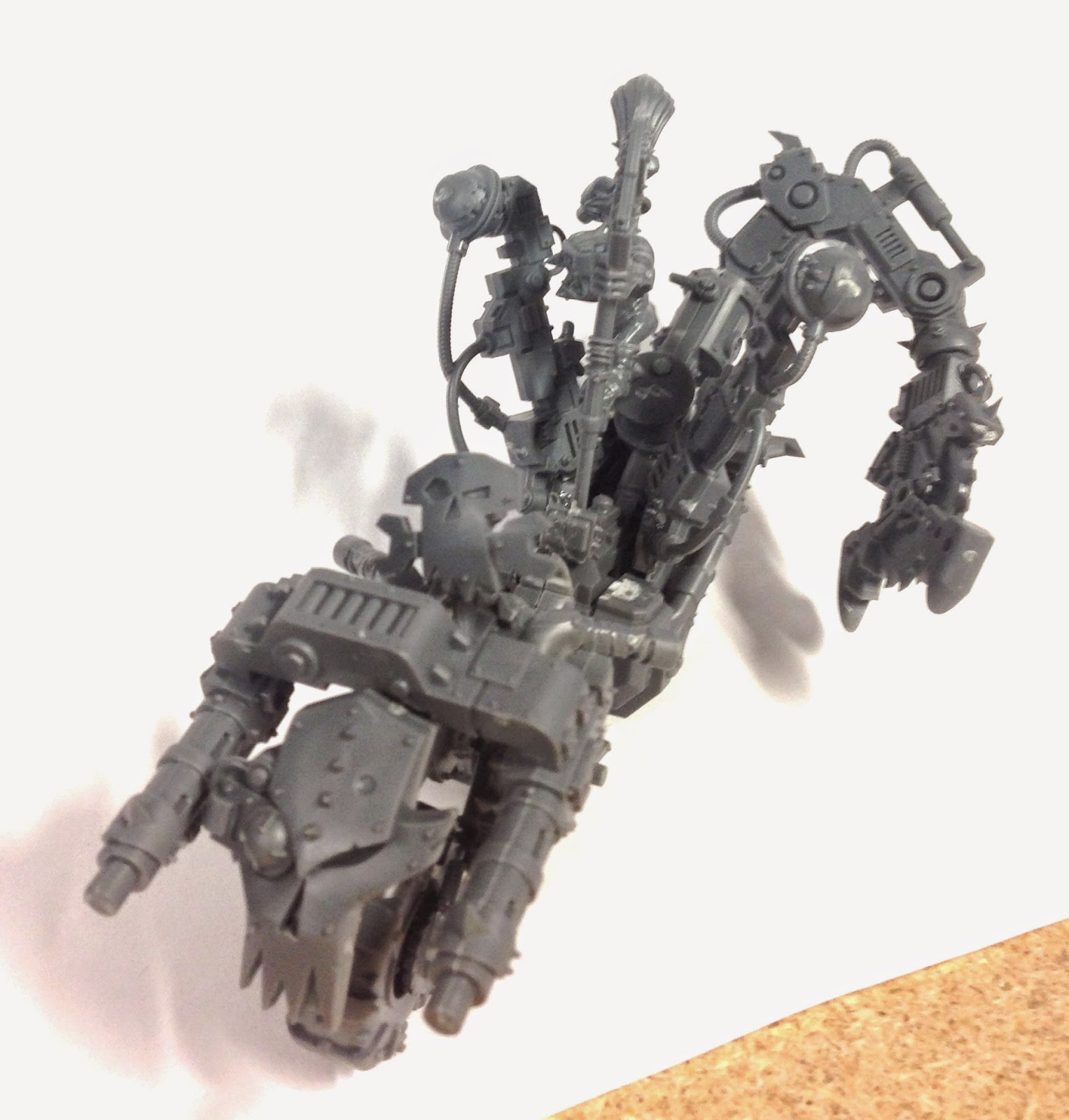 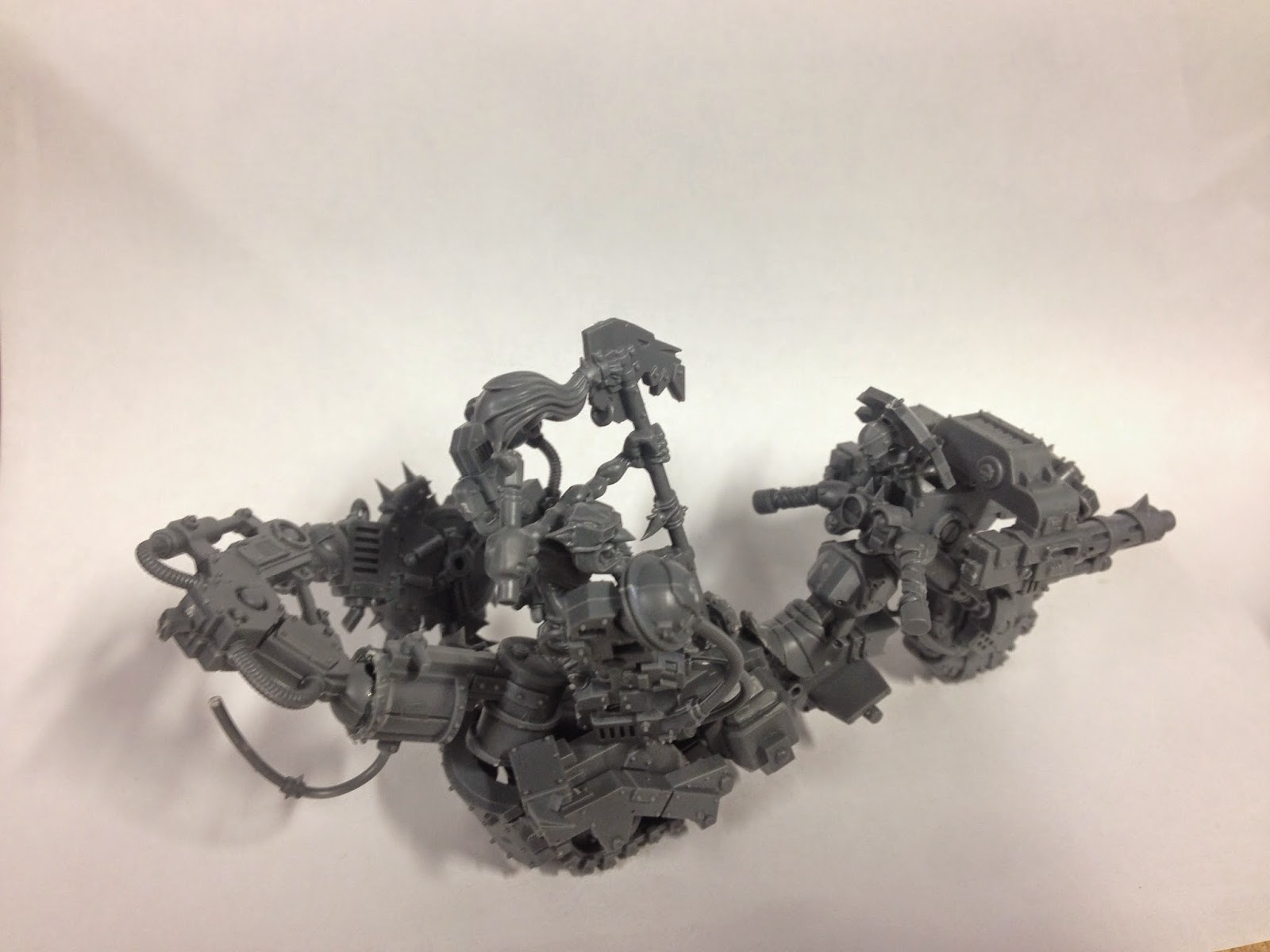 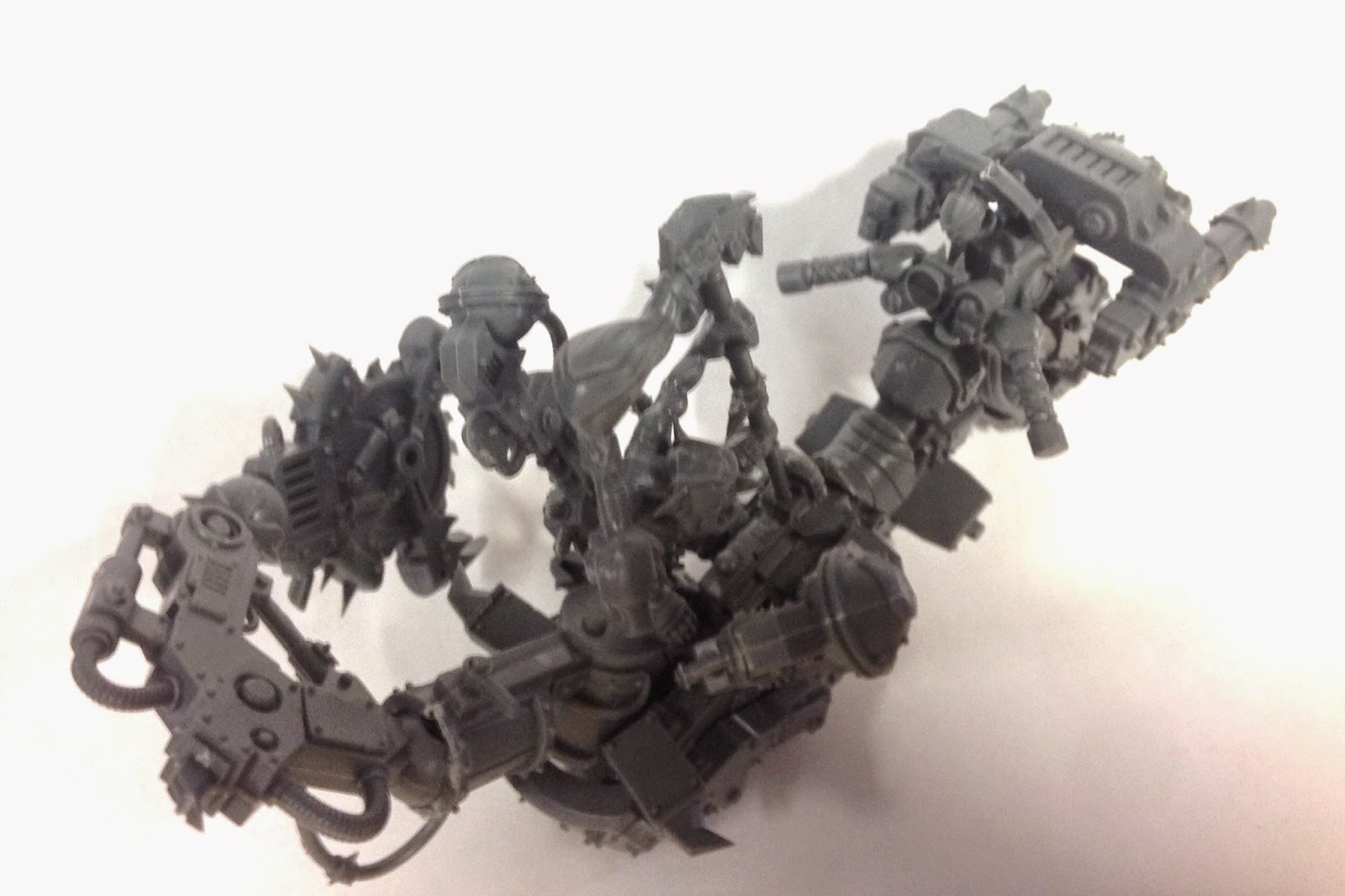 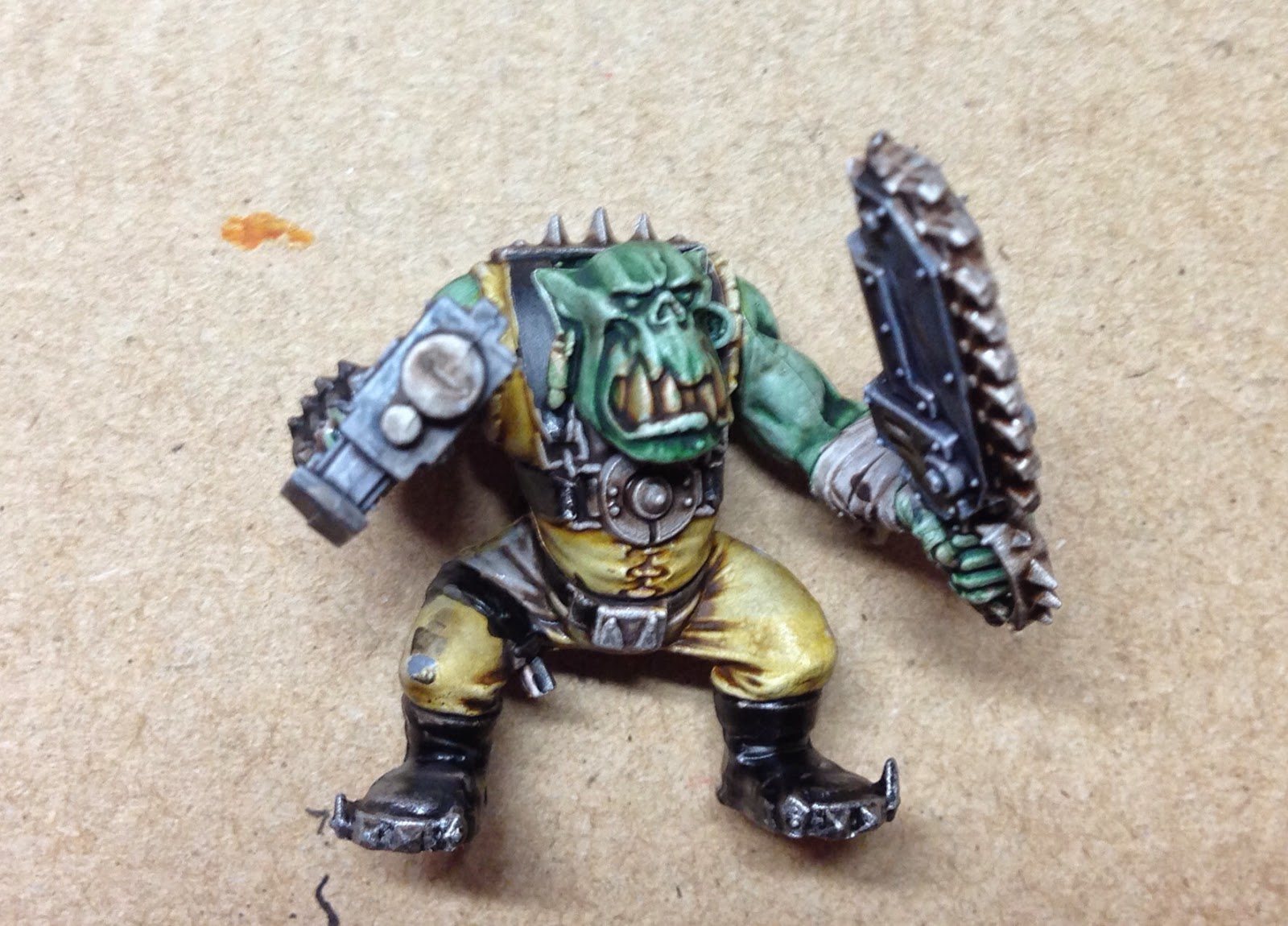 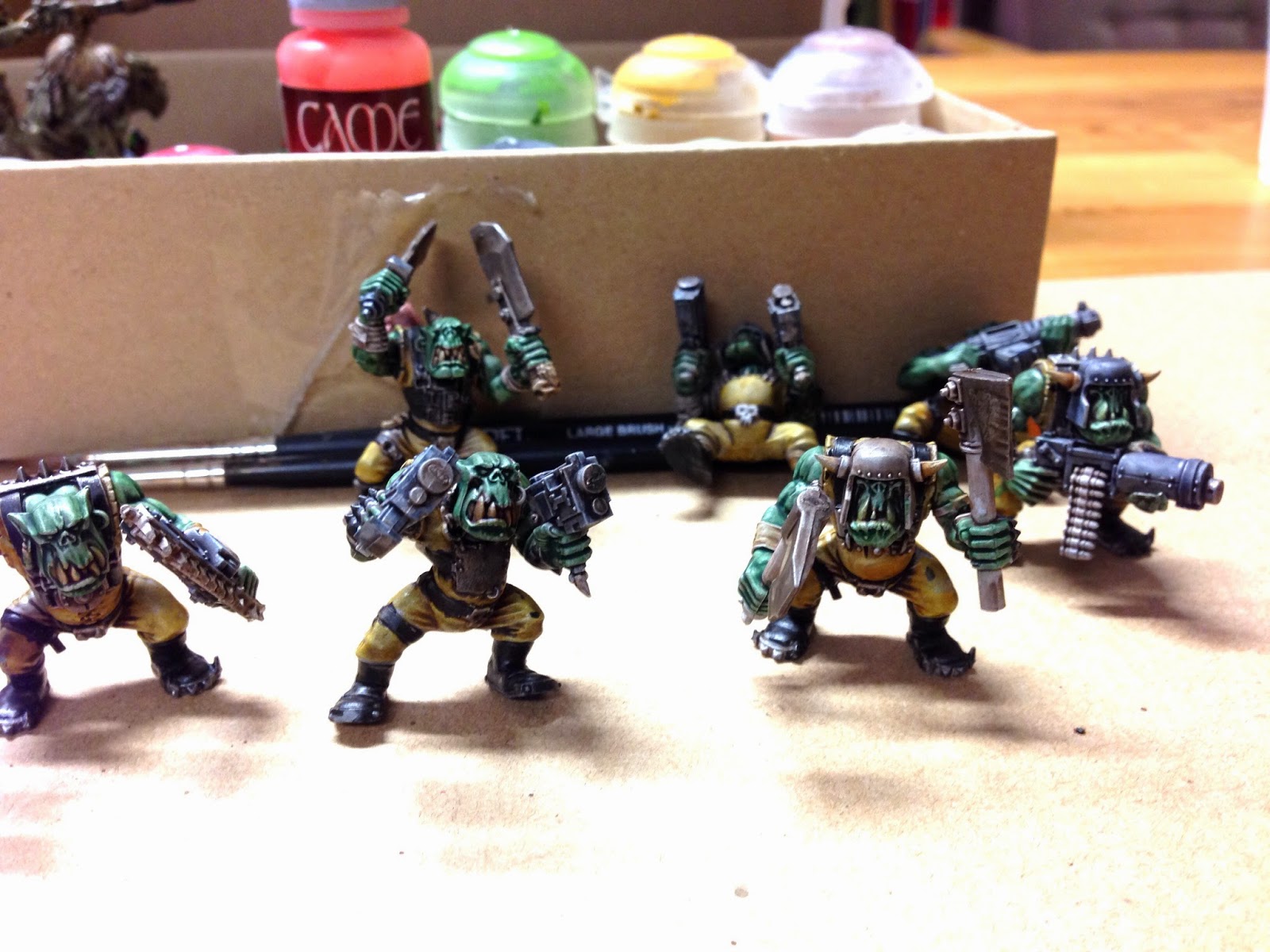 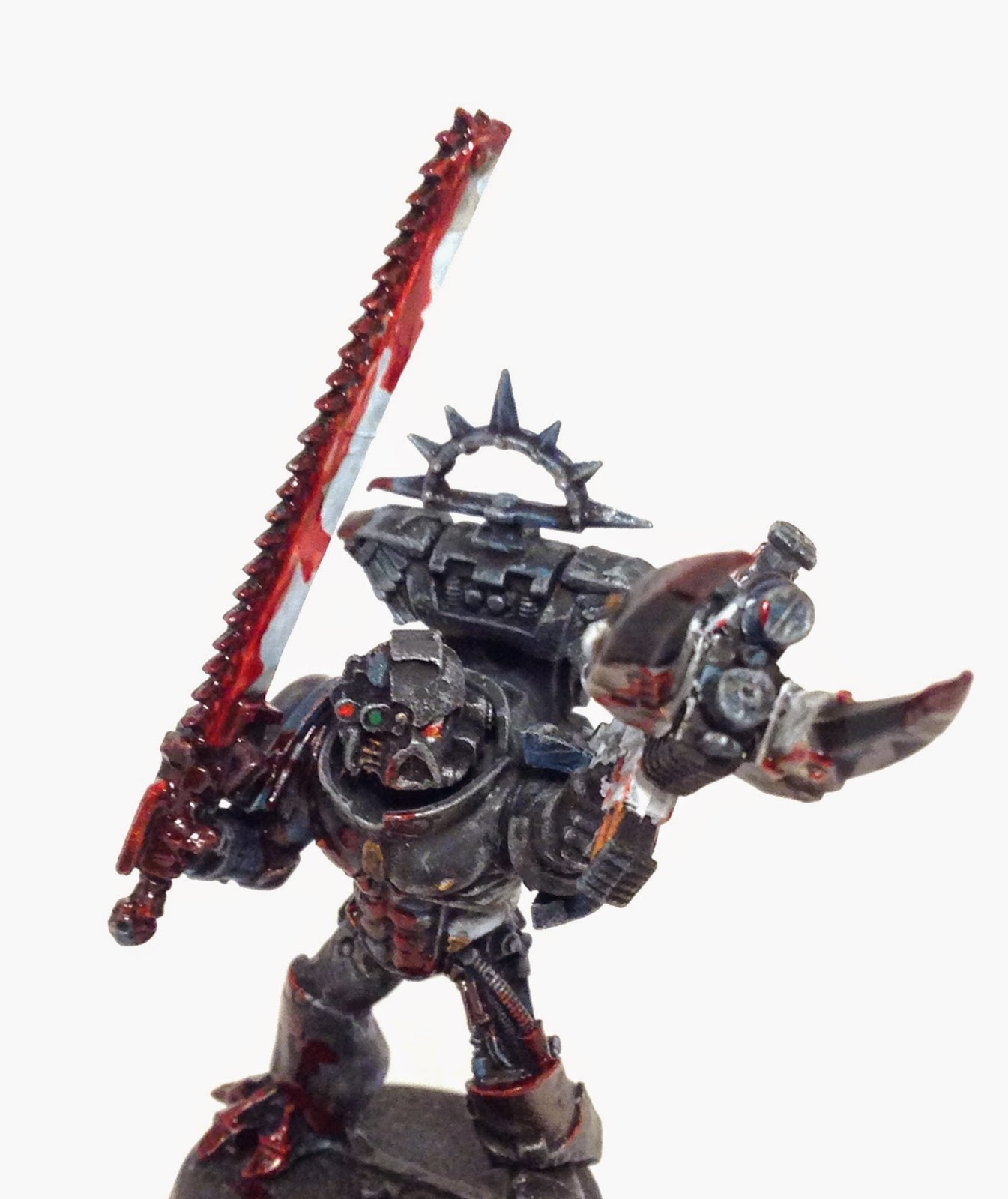 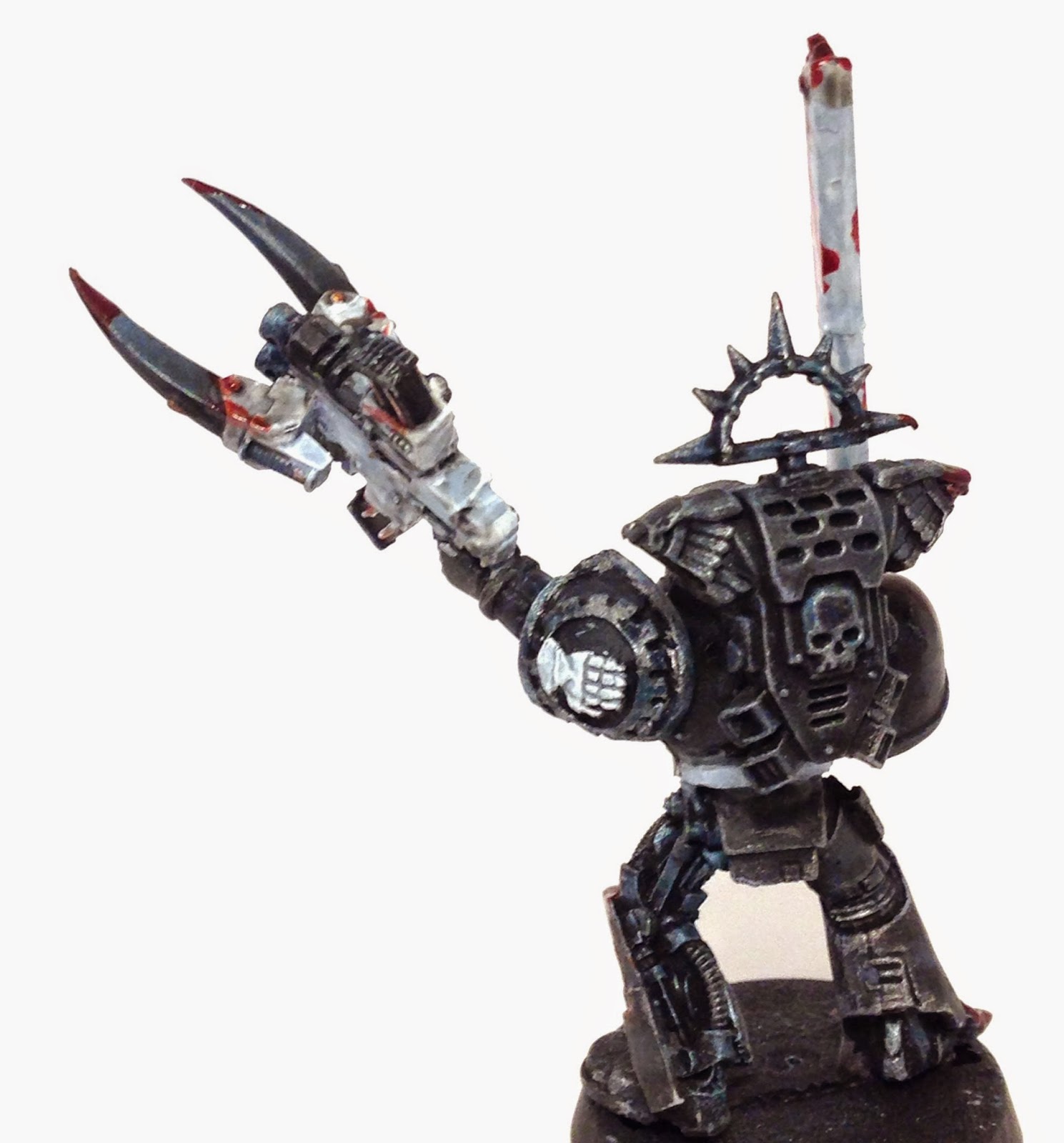 What's on your table is an opportunity for readers to share what they are working on. Conversions, painting, batreps, even side home brew projects. If you want to Share "What's On Your Table". Please no more than 8 pics, send your project to natfka@live.com. If for any reason you do not want your name used, please say so.
9/21/2014
Natfka
What's On Your Table