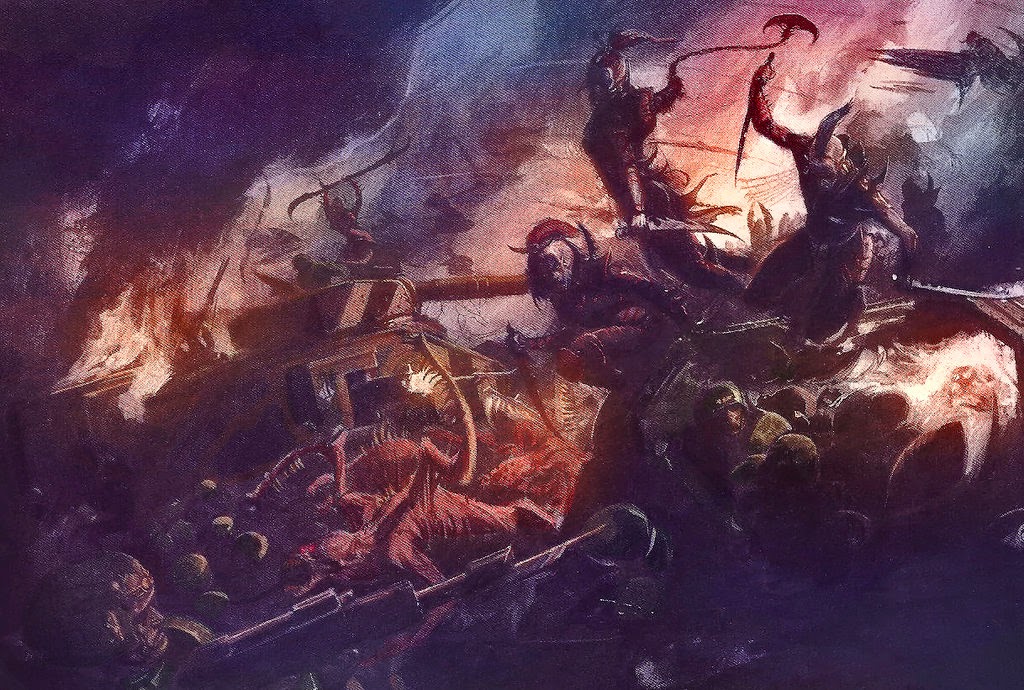 Alien Invasion is coming next according to the leaked information coming out of this weekend's White Dwarf. While there is still some debate on whether this is going to be a Dark Eldar release, as rumors have been saying, or an End Times release, we are still waiting to see. Rumors though are now coming in that its Dark Eldar followed by End Times Chaos.


Please remember that this is a rumor

via Arthurius11 on Warseer
This is not 100% and could be wrong but I have heard, after space hulk it is dark eldar, then the end times chaos book. We shall see
9/09/2014
Natfka
40k, 7th Edition, Dark Eldar, News Headlines, Rumors, The End Times, Warhammer 40k, Warhammer Fantasy