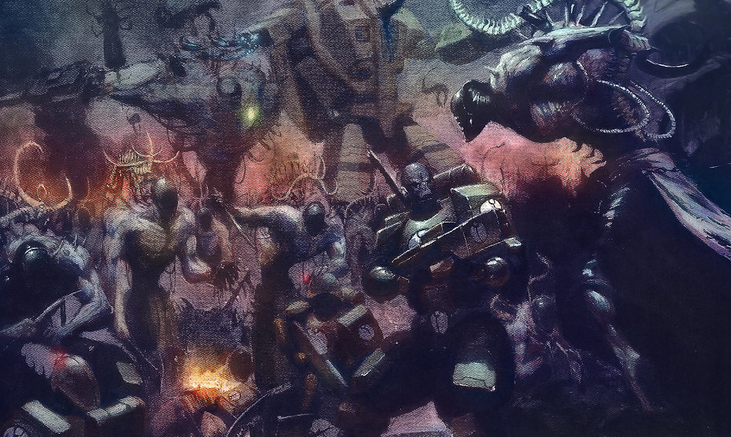 More Dark Eldar are in the news, and this time a new listing was found called Artifex: Dark Eldar. No real idea on that could be, but it appears to have a price tag of $49.50. Also in the rumor are a couple price reductions for single models, like the Dark Eldar Archon.

Please remember that these are rumors.
Update: Talking to the source, he has said that there is a typo, or incorrect wording from his latest bit of info. Instead of Artrax, the listing was Artifex.
I just saw your post on your site and i realized I gave you a Typo. I apologize sincerely, but it's "Artifex: Dark Eldar" I don't know how it got jumbled, but it did.

via an anonymous source on Faeit 212 ***
I  saw two new interesting things. The Dark Eldar Archon and Urien Rakarth seem to be getting a price reduction. Not much, but some. If I had to guess, I'd say that it was a plastic transition. Also, there is another entry titled, "Artifex: Dark Eldar." I don't know what that is, but it's listed as the same price as a 7th ed Codex.

Additionally, I looked into BA and Necrons. I didn't see anything new, but I did see that their Codex's prices are increased to 7th ed levels, leading me to believe that they are on their way.

However, based on my previous information on the possible DE supplements, "Dark Eldar: Wyches" and "Dark Eldar: Covens" I would assume that Dark Eldar are next up. That is simply a deduction of mine with no hard evidence, so take it how you wish.
9/04/2014
Natfka
40k, 7th Edition, Dark Eldar, News Headlines, Rumors, Warhammer 40k