Rules for the XV95 Ghostkeel Battlesuit! 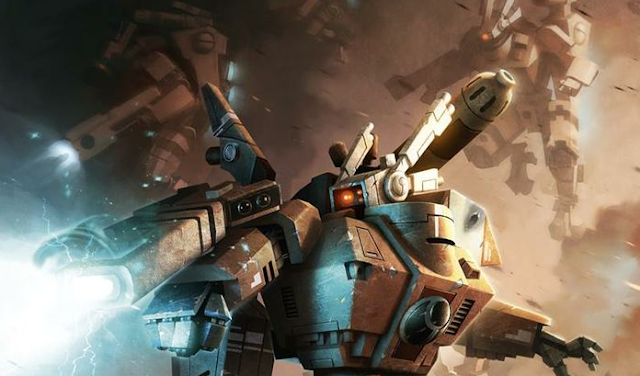 Next week's pre-orders from Games Workshop continue the Tau releases with the XV95 Ghostkeel Battlesuit. It sounds big, almost as big as a Riptide, but slightly smaller in size, and comes with 2 Stealth Drones. Lets take a look at the rules for it.


Please remember that this is early information and as such must be considered to be rumors, but from a good source.

via anonymous sources on Faeit 212
The Ghostkeel is an elite choice that comes with 2 stealth drones for each Ghostkeel. It's a Jet Pack Monstrous Creature, and you can take 1-3. It has the normal Tau BS 3 with 4 wounds, but only a T5. However the 3+ save with +2 to it's cover save outside of 12" should make up for it.

The main gun- Fusion Collider is an 18" S8 AP1 melta blast gun that can be exchanged for a Ion weapon that is more infantry based with a S7AP4 Assault 6 gun that can overcharge for additional strength and a large blast.

It also has a twin- linked flamer that can be exchanged out for a TL bust cannon or fusion blaster.

The model has gear that doubles the cover saves to a max of +2 but also gains shrouded from it's drones. It seems powerful with stealth, shrouded, and the limited doubling, but I have not had time to read the details to see what stacks.

Two support systems are also allowed for upgrades. Cost wise its a little over a hundred and a quarter.