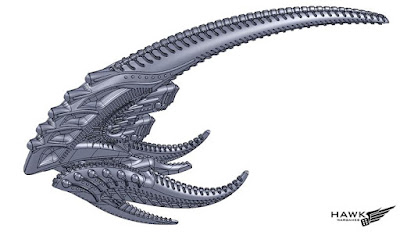 There is a lot in this kickstarter, including a new reveal of a Scourge Frigate at the very end, which is also at the top of this article! As we get close to the launch of this kickstarter, Hawk Wargames is being very upfront about the goals of the kicstarter, reasons why, and where this is all going. Definitely take the time to dig into this, because it will set the stage for the big kickstarter that is getting closer to launch!!!


The latest Newsletter from Hawk Wargames!