Home » »Unlabelled » Are you ready for the return of the Tau?

Are you ready for the return of the Tau? 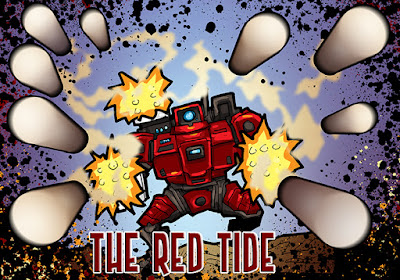 Hey everyone, Reecius here from Frontline Gaming to talk about preparing yourself for the coming of the Greater Good!


Crazy internet super rage about how to read the new Tau "Decurion" style detachment (the Hunter Contingent) Command Benefits aside, I am very pumped for the return of Tau. As a long time lover of all things giant robot and manga, (Voltron was my first giant robo love as a young lad), it will be very cool to see them coming back to the tabletops after a bit of a downturn in popularity.

Tau are getting a lot of the same in terms of units, wargear, abilities and points cost which is good and bad. Existing Tau players won't have to restructure their entire army, just add in some of the new cool goodies. But, it also means they'll have many of the same strengths and weaknesses they've always had which is frustrating a bit.

However, the new Formations do look REALLY powerful. Many are being immediately drawn to the Optimized Stealth Cadre for good reason. One, it includes the beautiful Ghostkeel kit (one of which we gave away to a lucky watcher on our Twitch channel last Tuesday!), but it also gives them the very powerful Ignores Cover USR and they automatically hit vehicles on their rear armor...wow! That is scary. Combined with their high cover saves and the Ghostkeels amazing ability to essentially go Invisible to shooting to one unit once per game and you have a nasty, self contained group of units that is going to be doing work.

That is just one of many Tau tricks coming your way! It's going to be a new landscape here very shortly, are you prepared? Here are some easy steps to get yourself up to speed and ready for battle: