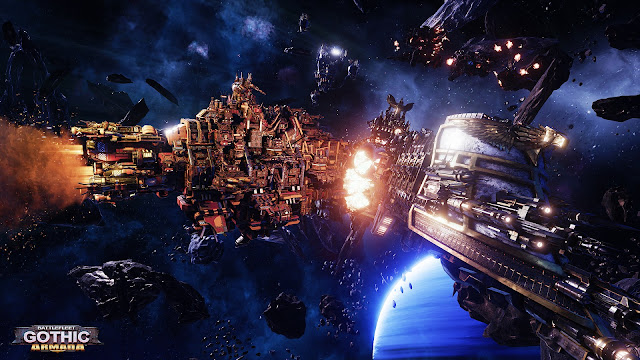 Battlefleet Gothic: Armada has some new screenshots showing off a 40k favorite.... Orks! Nothing like an Ork ship ramming its opponents. 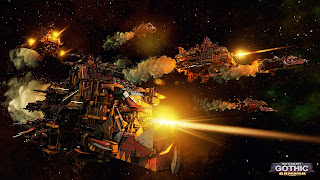 Battlefleet Gothic: Armada, the RTS videogame adaptation by Tindalos Interactive of Games Workshop’s classic tabletop game, today reveals the Ork fleet for the first time! First hinted at in the Gameplay Trailer last month, in a post-credits sequence, the Ork ships are presented today in all their badass glory in new screenshots.

Orks are not your typical space-faring species. Their ships are usually built from scrap, hulks of other ships, and in some rare cases even from asteroids. But what their ships lack in reliability is made up for with sheer firepower and particularly strong prow armor. "More Dakka" would be their motto, and charging forward, all cannons blazing and ramming the enemy ships is a totally valid "tactic" in the mind of any Ork captain 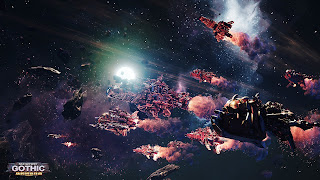 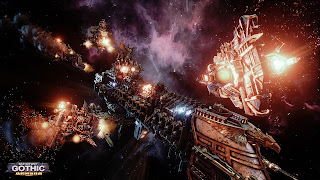