Home » »Unlabelled » 40K Deep Thought: Can an army be both fun, thematic and good?

40K Deep Thought: Can an army be both fun, thematic and good? 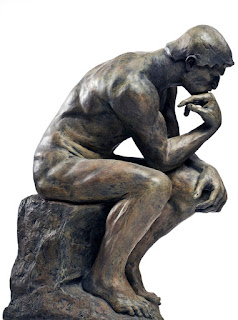 In these heady days of 7th ed, it can be easy to get discouraged with the uber insanity of some of what is out there. Is it really possible to bring an army that makes a nod to the fluff, is fun and wins more often than it loses?

Hey everyone, Reecius here from Frontline Gaming to discuss that very question! I find that if you take the Marry Poppins approach, you can have a fun list that plays well and doesn't break the lore of the game. What I mean by that is if you mix in a spoonful of sugar to make the medicine go down, or bring enough powerful units into a list to give it some real teeth that compliment one another, and then mold a theme and some fun units around that hard core, you have a winner. 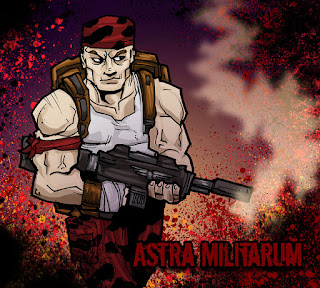 For example, you want to play Astra Militarum (who have a rep for being weak, which blows me away, they have all the tools you need to win games). You decide you really want a mixed arms army, with tanks, airpower, mobility, and some ground pounding infantry with artillery support, maybe even some fun Elites choices you rarely see with AM such as abhuman units, too?! Well, you can have those things in a list that still wins more games than it loses and is fun in the process. 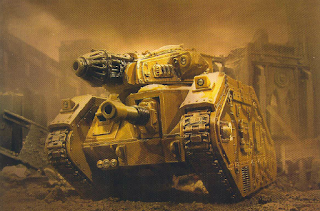 First, identify the units in your faction that really pack a wallop. For AM, you have the very powerful Leman Russ Executioner with Plasma Sponsons. 5 Plasma Cannon shots on an AV14/13/11 platform is no joke. Anything on the ground besides heavy vehicles or units with very high invul or cover saves will fear these bad boys. Two of them is seriously savage firepower, particularly with all of the Space Marine Battle Companies running around. Now, the trick here, is to prevent them from killing themselves with Gets Hot! (such a silly rule). You need to let them reroll those 1's, and you can get that with a fortification that also provides you with protection from some of the nastiest weapons on the table at present: Grav Weapons. The Void Shield Generator with an Ammunition Dump serves very well. Units within 2" of the Ammo Dump reroll 1's, which helps avoid those silly Get's Hot! rolls.

Another great choice is a Punisher with Multi Melta sponsons as that gives you a versatile tank that can threaten both infantry and armor. One of each serves me well in my games. 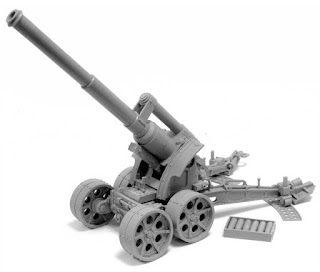 And what would AM be without some big guns in the backfield?! One of the best tools for artillery support is the Wyvern, as we all know, but the Manticore is still great for taking out things like Knights and Xenos infantry who typically have a lower armor save. However, my personal favorite is a battery of Earthshaker Heavy Artillery. Why? Unlike vehicles they are very hard to kill in a single shot, and with T7 vs. shooting and 6+ wounds per gun (with the crew) you have a very durable unit. Best of all, the unit can receive orders! Ignores Cover is beastly on this unit, launching up to 3 Strength 9, ap3 large blasts downfield. This gives you the tools to deal with many of the very high cover save units out there in the game, plus Knights as barrage weapons ignore their Ion shields. But also, Split Fire is a great order here, too, allowing you to blast multiple units if needs be. 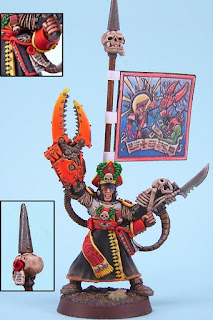 My choice to attach to a unit like this is the man himself, Yarrick. He's an incredible Warlord as he can hide in a unit, issues orders, stops morale checks form shooting casualties, fights decently well in melee and gets back up on a 3+ if killed! What more could a plucky Guardsman ask for? 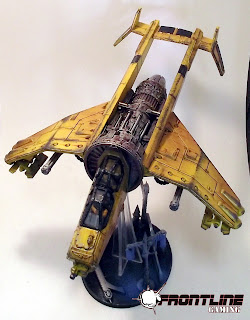 Air power helps a ton for both mobility and firepower. A great 1-2 combo is a Vulture with Punishers and a Vendetta. The Vulture, besides being a dead sexy vehicle, is death on wings. Av12/12/10, vector dancer and 23 strength 5 shots is beastly. The Vendetta gives you some nice twin linked las cannons but also, is an air-taxi for a scoring unit as AM can often struggle with mobility issues. My favorite is a Platoon Command Squad with no upgrades, they sit in the Vendetta till turn 5 and then jump out onto an objective. They've won me the game on many an occasion with just that maneuver!

Speaking of infantry, an AM list without some ground pounders would just be silly. A PCS as mentioned above to ride in the Vendetta, and 2 units of Infantry, each with an Auto Cannon and sometimes Flamer (my preferred loud-out). The Platoon Squads typically blob up and take Yarrick's second order, but can also run solo to go grab objectives as the mission requires. They also provide valuable filler to keep units from entering into the protective cover of your VSG. 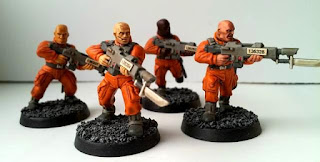 I also love taking a unit of Conscripts. They are very true to the AM fluff and the Grim Dark in general (when the man next to you dies, pick up his rifle and continue the fight!) and I find them to actually be an incredibly useful unit for winning missions. For 60 points you get 20 bodies, add in another 25 points and you get a Priest, which is arguably the best unit in the game for its price tag. That's a fearless ObSec unit that no one wants to waste shots on, but that serves so many important board control functions, can tarpit, and goes and scores objectives. Really, a fantastic unit for such a low points investment.

Lastly, in the troop department I love a unit of Vets. Depending on how you structure your list, I like to give them Shotguns, dual Melta with a Heavy Flamer in a Taurox, but you can give them a Las Cannon and some Plasma, stick them on a home objective and let them shoot away, too (preferably near the Ammunition Dump to avoid Gets Hot!). Also, I have had success just running them with 3 Grenade Launchers and a Melta Bomb. Cheap, effective skirmishers that run up field to grab objectives. 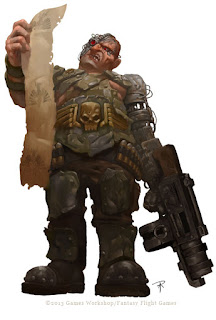 For a fun, and fairly effective unit to spice it up, I like a minimum sized unit of Ogryn with a Priest. You get a really enjoyable unit to play that is Fearless, shoots OK, fights well against things that aren't amazing in melee, and is great for going up field to take objectives. Plus, who doesn't love seeing Ogryn on the field?! Yes sir, boss, sir!

To round things out and give you some much needed utility, the ubiquitous Inquisitor with Servo Skulls helps AM a lot to keep some of the nasty infiltrating and scouting units out there at bay. You can sink him in the blob squad to boost their leadership, of you can give him some cool kit like the Liber Heresius to provide a ton of utility for another unit, such as the ability to Scout, etc. Also, consider investing in some of their specialty grenades as they're extremely powerful. Lastly, my man,  the Culexus Assassin. He was authorized for use by the Inquisitor (of course!), but provides critical utility for stopping some of the really nuts psychic powers out there. My Culexus has solo'd entire Centstars on multiple occasions, including Draigo. Units that provide a lot of trouble for AM get stopped dead in their tracks by him if he is used well. I cannot recommend him enough. Death to Deathstars!! =P

Well there you have. A list that (IMO) gives you an effective army that is fun to play, fun to play against, and also feels true to the fluff. What do you all think?
10/16/2015
Unknown