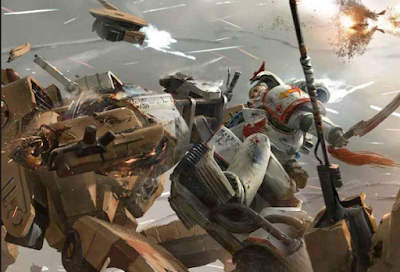 While I have yet seen the release list for this week, we have had leaked images already for this weeks releases showing a new Tau Commander, Codex, and Crisis suits. You can see those here.
http://natfka.blogspot.com/2015/10/leaked-images-tau-commander-codex-and.html

Also being said that is coming..... are Tau Empire Drones, Tau Datacards, A War Zone Damocles book, and datacards for the Raven Guard and White Scars.


Check out the latest rumors. (of course we know she is going to be right)

via Lady Atia on War of Sigmar
http://war-of-sigmar.herokuapp.com/bloggings/286

Last but not least - we should get a campaign book for the battles in the Damocles Gulf - War Zone Damocles: Kauyon