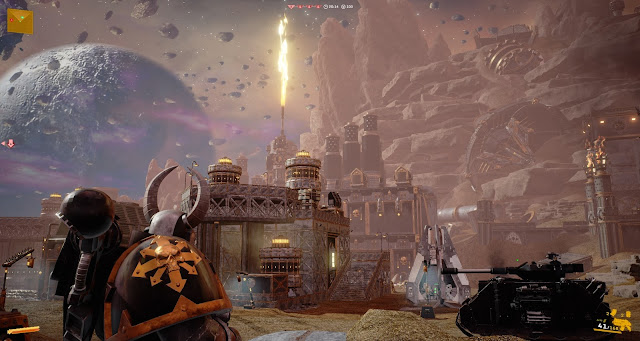 Giveaway Over and done. Ive been cleared to talk about this, and the truth of it is, I am getting slaughtered! That's right, I am in the beta and the secret is out.... Natfka is not that good at video games. While real reason may not be to help Natfka survive longer, we at Faeit 212 have been given 10 promotional Captain Packs to giveaway to readers here.


Not only that, but we have some great information which will be getting filtered in over the next week, and in the future of what is coming.

First off, lets talk a little about the game which is in a closed Alpha Testing right now. The Alpha players are under an NDA, which also puts myself there, but I was given some clearance yesterday.

The Alpha right now is focused on combat on single maps, where you get to battle over locations. In the game right now are several classes that you can play between the two factions Space Marines and Chaos Space Marines (eldar and Orks coming soon). The classes include Tactical, Apothecary, and Devastator Marines with different static load outs for the classes. These weapons include Lascannon, Heavy Bolter, and the newly added Plasma Cannon. Chaos Marines are very similar in builds that mirror the Marines, but have Sorcerers. There area also Rhinos, and Predators, and I heard a new tank, but not yet seen it. (Ill let you guess that one, but take a rhino and a big gun.....)

The classes right now feel a little more static, but they are testing builds, and very soon this will open up to a character creation process which I am really looking forward to. There will also be character progression, even in the alpha testing. Not to mention that at this moment I was told that the next item being added is the Melta Bomb! I need those for "that guy" that keeps catching me in the open with a Predator Tank!

Besides the Melta Bombs which are up next, a new class should be just weeks out along with a new map.

When it comes to maps, right now testing involves a single map, but this has been rotated already once, and a new map is also coming soon. There are already lots of people playing this game everytime I log in, and the updates keep coming. I don't get to get in the game often, but when I do, there is almost always a new update. 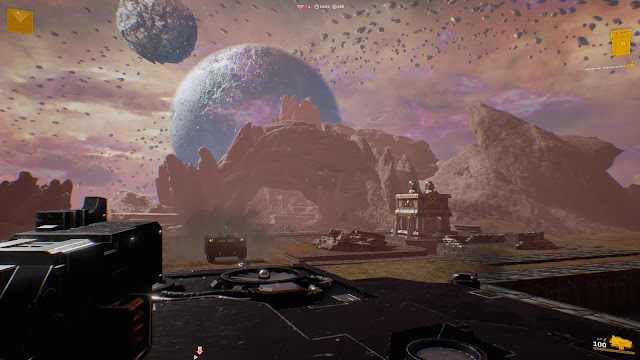 We will get more into testing, a little video capture, more details and events as they are uncovered. For now though I want to get back to the subject.... Keeping Natfka Alive!!!! OK, that may not be the real subject.

We have 10 Captain Game Keys to give away!!! This not only grants access to the closed Alpha, but gives you the full game when it comes out.

How we are going to do this, is going to vary with each article. Over the next 3 days we will giving away all 10, but we are going to stagger them a little, to give everyone a good chance to read get a hold of these.

So first up are three Alpha Keys.
This giveaway will start immediately and last for 23 hours. To enter simply shoot me an email at natfka@live.com. Tomorrow we will announce the winners for the first three gamekeys, so that they can start playing immediately! Also at that time we will start the next giveaway!!!!!

Please title your email "Eternal Crusade Giveaway" or it will get lost!!! Remember that the three entries will be chosen at random from all the entries.

Consider this a warm up........ And Come back here at the same time to see if you won the giveaway, and to get registered for the second round!!!!

1st Giveaway ends in 23 hours at 7am Pacific Standard Time.