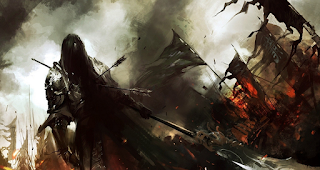 There is a rules update in many of your inboxes today. It includes a Combat Reference Sheet on the last page of the rules. There were also some rules updates released as well, and while new Deployment rules were not updated in this batch they are coming.


Here is what was sent out along with the new reference guide. I will be adding a game play outline in there as well, since it's rather straight forward. 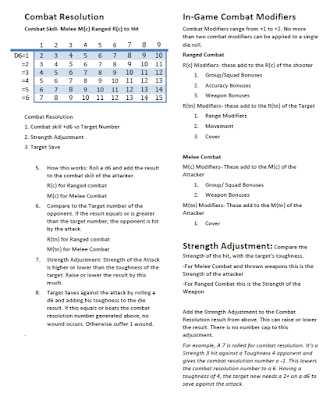 There is an update with the Genesys Project that I wanted to get out today. Please update your ruleset.

Updates in include
-A new Reference sheet as a last page of the rules. This will help in figuring out Combat Resolution, and to know what in-game modifiers are available.
-Negative penalties have been removed from in-game modifiers. These have become bonuses. For example Accuracy Penalties are now a target number bonus.
-Some of the layout has been redone in the rules for easier reference.
-Movement penalties for shooting ranged weapons have been removed, and instead easier to use movement limitations put in place depending on what type of weapon you are using.
-Clarifications put in place for moving in and out of Melee Combat. (Provoked Attacks)
-Shooting into Melee Combat cleared up some, and redefined as shooting at engaged models in Melee Combat.


Questions Answered:
Can models allocate attacks to multiple targets in melee combat.
yes, but not at this point of testing. Leaders will be able to do this, as well as different types of attacks that allow hitting multiple targets. A Sweeping Attack for instance that is able to hit all the models in a 180degree arc.

More questions, even just Comments when you have them please.
Also, the video Tutorials are still being worked on. They are just taking extra time, and I will get them up soon.