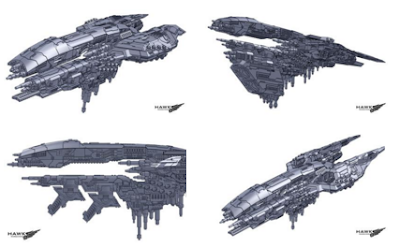 Hawk Wargames today released it's second newsletter for Dropfleet Commander, and in explains why they are using a kickstarter. To get right to the point, its to bring us plastics right from the get-go, and make the cost to get into the game for players lower than it would be otherwise. Check out the rest......