Home » The Genesys Project » The Races of Genesys- Also Updates

The Races of Genesys- Also Updates 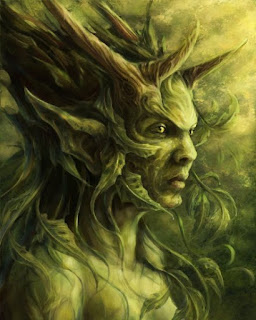 There are 5 starting races in the Genesys Project that players can choose from, and I wanted to talk a little about them today. Also a quick update on where the game is, and what is currently being worked on for playtesters.


Updates:
The Gameplay Tutorial videos are taking a little longer than expected to get up. Three are done, and I will get them live later in the day today along with the 4th. In the Tutorials game play is broken down into segements, and I will be filming more of them this weekend.

Also since playtesting is being hosted here both later today (Saturday), and Sunday, I will film a game and get it up on the site along with the tutorials.

I know I lost an email somewhere in the mix. If you are still looking at playtesting the Genesys Project, and have not heard back from me, please send me another email. Also a huge thanks to the playtesters that have already jump in and been able to give some insight on their first impressions of the game rules.


The Races of Genesys
The races in Genesys are just a starting place for players to create their own faction. A Race gives you a base stat line, and your choices of Racial Traits that you will select to evolve your species into the Faction of you want. Traits give your special rules, and they do branch out as you select what your species will be able to do.

On top of your Race, there are several variants withing a race, and in the case of a couple races, hybrids that can vary your race even further.


The races are the
Hominoids- Human like species- Adaptable, with many variants and hybrids (ie Giants, Dwarves, Elves, etc).

Fey- The Unreal- exist partially in our reality, and are focused on the continuous fight between Good and evil. Every Fey born makes a conscious decision between the Darkness and the Light

Insekt- Varies greatly, but large insects controlled by a hive mentality, acting as a single creature. A disturbing variant are large ancient Fungi that pre-existed the Creators, able to dominate and control large colonies of Insekt.

Biests- Are beasts with an affinity to nature and its creatures, and in the end, the Natural order rules all. Fighting for territory, resources, etc are seen as solid reasons for conflict. There are many variants of Biests, some highly mutatable, but with high adaptive qualities when it comes to survival.


None of the races are able to communicate in open dialogue, and have fundamental differences that have kept them separate and at each others throats when they meet.


Hominoid- (Human-like, often referred to as the Empires of Man)
On many of the Genesis Worlds, hominoid species are the most prevalent race, and because of this, some of the more radical groups believe this to be a sign that they are the chosen of the Gods. The strengths of Man are its ingenuity, its drive for dominion, and its sense of purpose. For man has the capability to invent wonders and marvels beyond what is thought possible.

Right vs wrong and good vs Evil, are a large part of mankind's drive to conquer and subject other species to their will. For Man, good and evil are subjective, and religious motivation, wealth, and power tend to create its own morals to fit within its goals of dominion. Above all else, man is righteous in its determination, and all others that do not bend to its version of what is right, must fall before it.

Hominoids communicate primarily by vocal communication, which often serves as a bridge for interracial communications. They can form complex sounds, that while may not directly translate the complexities of language between the races, the meanings can be roughly ascertained.

While there are genetic mutations amongst the species of Man, they are rare or not common. Giantism and Dwarfism are among the most common or obvious of the mutations.
On some worlds dominated by other species, crossbreeding between the races occurs and can result in some of the more exotic Hominoid species. Noted races are the Fayrie and Lycanthropes.


Reptilia
While most other intelligent species blindly con-sider the Reptilia to be dull witted, none can deny they are the strongest and most brutal of the races. Few save Giants can stand face to face with the savagery of the Reptilia.

The Reptilia are cold blooded, brutal and incapable of complex emotions such as empathy, even for their own kind. Their intelligence is cunning and analytical, savage and viscous, rising them above the bickering and political intrigues that plague the other races that the Reptilia consider themselves superior to.

The typical Reptilia is a massive creature standing at least a two heads taller than a typical human.
Reptilia Communicate not only through guttural vocal sounds, but through scent glands that can taste the air for pheromones. When used in combination provide a wide usage of complex communications that are difficult if not impossible for other races to comprehend.

Genetic Mutations are rife among the Reptilia. While obvious mutations are often culled, many survive to push the species to new extremes with evolutionary advantages.

The Reptilia were the first race to achieve sentience from the Genesis Project, and as such, held sway on many worlds through the millenniums of the past.

There are two mutation variants that are often seen among the Reptilia; the highly intelligent Saurien, and the more primitive and diminutive Tuatara. These are common mutations that appear within large egg clutches, and are common enough that they have a tendency to breed true. Entire civilizations of these two variants can be found.

The Ophidia are a third variant that do not breed true. Despite thousands of years of concentrated selective breeding, repro-ducing a true species has failed. Ophidia are an extremely rare genetic mutation that appears in the Reptilia race. The presence of this mutation may appear once, and then skip many generations before appearing again.

What makes the Ophidia unique, is that the mutated gene carries with it the genetic memory of their ancestors. While the memory is not complete, knowledge is transferred over the vacant generations of Ophidia resulting in thousands of years of memory and knowledge. While the oldest memories do fade over time, each Ophidian often spends much of its youth learning the skills taught to it by the memories of its ancestor’s thoughts and insight.