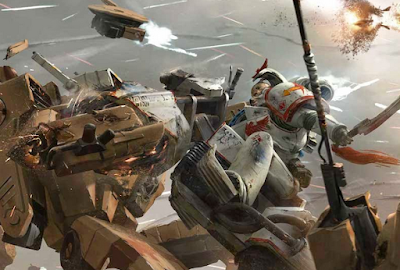 The Space Marine codex is due according to rumors in early June, and some information is being talked about that gives us some insight to the what might be in that codex. Here is the latest Space Marine Information.

via Steve the Warboss on Faeit 212
My sources tell me the following content for the coming SM Codex:

Maneus Calgar
-Is now a Lord of War

Tanks
-Predators, Vindicators and Whirlwinds can form Squadrons of 1-3 Tanks
-No Land Raider Squadrons in the Codex
-Land Raider Redeemer and Crusade are Fast Attack