Solitaire Rules and Hints of What's to Come 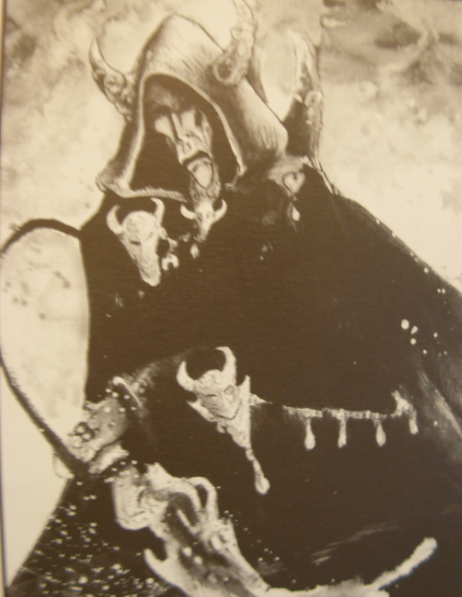 By now you know that he Harlequins are coming next week. The Solitaire release is awesome, and now we have some really cool rules to match. He is fast, has eternal warrior, and looks like he can be deadly in close combat. Definitely on my wish list for models now.

He will work nicely with my rogue trader Harlies and will be a ton of fun to field. Of course only 3 wounds will be able to get through for an opponent, but I am hoping that I can get him into close combat.

Please remember that these are early rules leaks, and as such must be considered rumors until we get an official announcement. I removed the points, but he is not that bad, close to a hundred and a half.

If you missed the releases for next week..... Harlequin Troupes and Solitaire, follow the link
http://natfka.blogspot.com/2015/01/here-are-harlequins-for-next-week.html

via an anonymous source on Faeit 212
A new Solitaire model. He is in a dynamic pose leaping into the air with one hand out front and his harlequin caress hidden from his target reared back ready to strike the final blow. the model is supported by his jacket on the base. He has a high collar with a demon mask on his face complete with two horns.
infantry (character) unique
WS9 BS9 T3 W3 A6
Wargear
Holosuit, Harlequin's caress, Harlequin's kiss, flip belt

Blitz- once per game can blitz. Roll a d6 equal to the turn number, and that is the distance he moves and ignores all models and terrain. When blitzing his attacks are increased to 10.

3+ invul save
Cannot ever be joined by another character, and cannot take warlord traits
Can move 12" in the movement phase.

Harlequin caress S: user AP -  ,melee, Caress of Death any 6 to hit causes an automatic wound regardless of of toughness at ap2, against vehicles a to hit of 6 auto glances

Harelquin kiss S: user AP- melee, kiss of death. One attack is a kiss of death, resolved at S6 ap2 and if a 6 is rolled its instant death