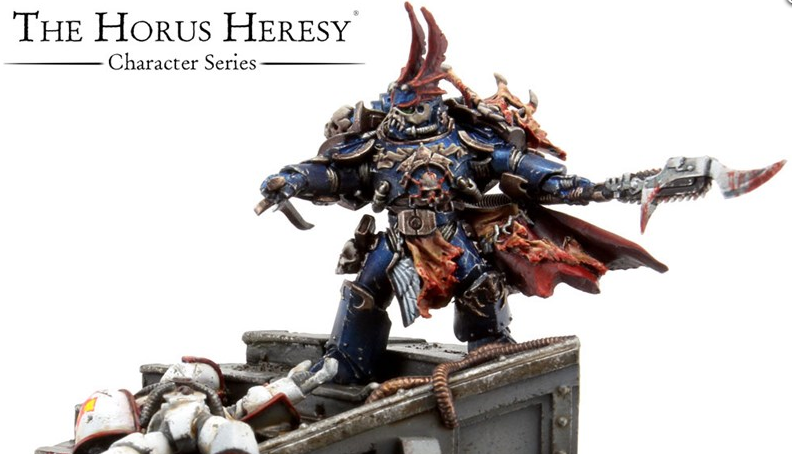 Sevatar the first captain of the Night Lords is up for pre-orders today. A huge fan of one of my first 40k armies, any Night Lord release always has my attention. This one is aggressive and violent, and fits right into the images I have of the Night Lords. I particular I love the weapon design of this model.

Here is a link to look further at this new release.
http://www.forgeworld.co.uk/New_Stuff/SEVATAR.html

via Forgeworld
Arrogant, ruthless and utterly lethal in all aspects of close combat, Sevatar, First Captain of the Night Lords, is a supreme warrior. Before the dark times of the Horus Heresy, his talents garnered him respect throughout the Legiones Astartes, but his murderous will and litany of crimes kindled his reputation for dishonour even before he was the first Traitor to declare ‘Death to the false Emperor’.

Dangerous and violent, Sevatar is a master of close assault, tearing through Loyalist Space Marines and their allies with his nostraman chainglaive. His skill, coupled with nascent but long repressed psychic powers, makes his strikes and parries uncannily precise, blocking the attacks of his opponent with ease and expertly evading their defences to deliver the killing blow.

The latest addition to Forge World's Horus Heresy Character Series, this highly detailed model depicts Sevatar, First Captain of the Night Lords, his armour embellished with trophies of uncounted victories, many the mortal remains of his foes. The scenic base provided with this kit depicts a slain Space Marine at Sevatar’s feet, and also provided is the option of modelling Sevatar with a bare head or a leering, skull-faced helmet.

This is a complete resin kit. It is available to pre-order now and will be despatched from Friday 6th February.
1/29/2015
Natfka
Chaos Space Marines, Forgeworld, Horus Heresy, New Releases, News Headlines