3- Free Pieces of New Artwork from the Black Library

The Black Library just a few minutes ago posted up some free new artwork for the community. I love these kinds of things, as I am always a fan of new artwork.

The Horus Heresy: Raptor (CD)
This new Horus Heresy audio drama follows a company of the newly founded Raven Guard Raptors as they explore a remote corner of the war-torn Imperium. They happen across a derelict vessel that appears to belong to the Space Wolves Legion, but why it's out here, and what happens to it's crew remains a mystery. 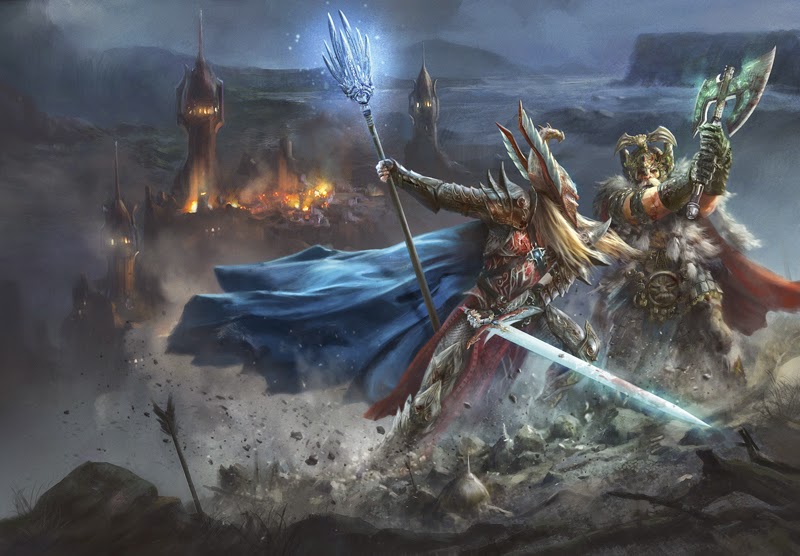 Curse of the Pheonix Crown (Paperback)
This novel is the third and final instalment in the epic tale of the War of Vengeance: the great war between the elves and the dwarfs that shaped the future of the Old World. This titanic conflict between the two greatest empires the world has ever known could prove to be the fall of both.

War of the Fang (Hardback)
This book chronicles the epic saga of the war for the Space Wolves home world of Fenris and the impregnable fortress of the Fang. It includes the classic Space Marine Battles novel Battle of the Fang as well as an all-new story that further expands the tale of this pivotal Warhammer 40,000 conflict between the sons of Russ and the Thousand Sons.
1/14/2015
Natfka
Black Library, News Headlines