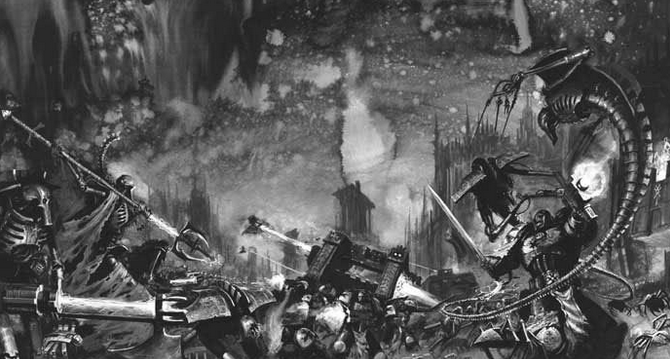 Most everyone is concerned and looking right away for any changes to their current models they field. With that our source has provided some of those changes from the new Necron Codex release that will happen next week. This should really help those that are looking to find the biggest changes.

Please remember that these are rumors until we get an official release. These are coming from someone that has the codex.

The Phase shifter, which is now 4+ inv save instead of 3+, states
specifically that it doesnt work on the catacomb Barge, just the Overlord.