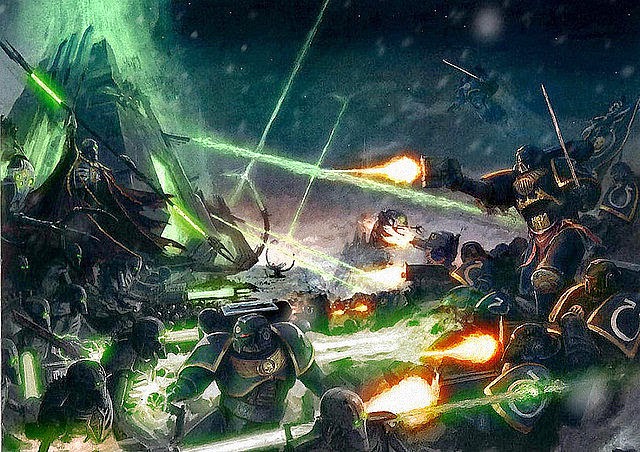 The introduction of a new type of Detachment has brought up many questions, and is the first bit of information from the Necron Codex that is due for release next week. This opens up a lot of new options, and of course comes with its own restrictions. The biggest advantage here is that the Decurion Detachment is a Battle-Forged army composition, not unbound.


Please remember that these leaks are early information and must be considered rumors until we get an official release. The source on this exceptional.

via an anonymous source on Faeit 212
I have the codex, and I know the new decurion detachment has been a hot issue. Here are the rules for it straight from the codex.

-Units cannot normally belong to more than one detachment, units from a formation that is part of a Decurion Detachment are an exeption and are both part of their formation and the detachment with both command benefits and special rules