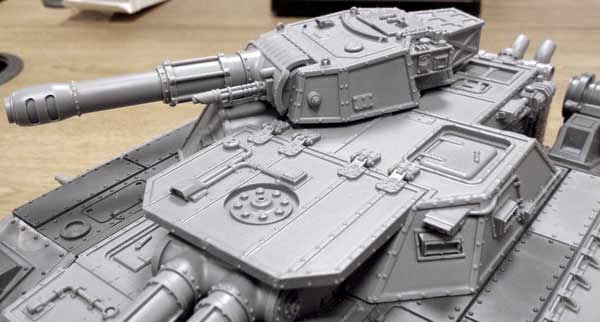 This morning Forgeworld revealed a new picture in the studio of a new heavy tank coming soon. Of course we already know what this is as its been discussed online before. Lets take a look at this new baneblade variant, the Auxilia Stormhammer Super-Heavy Tank.

Here is where I first saw the information on this new tank over a month ago, as it was revealed in the last Horus Heresy book: Conquest. You can see the entire page showing the stats, weaponry, and point costs of this new tank by following the link.
http://spikeybitsblog.com/2014/12/breaking-new-super-heavy-tank-pics.html

Here is a more complete picture of this tank. Definitely looks like it. 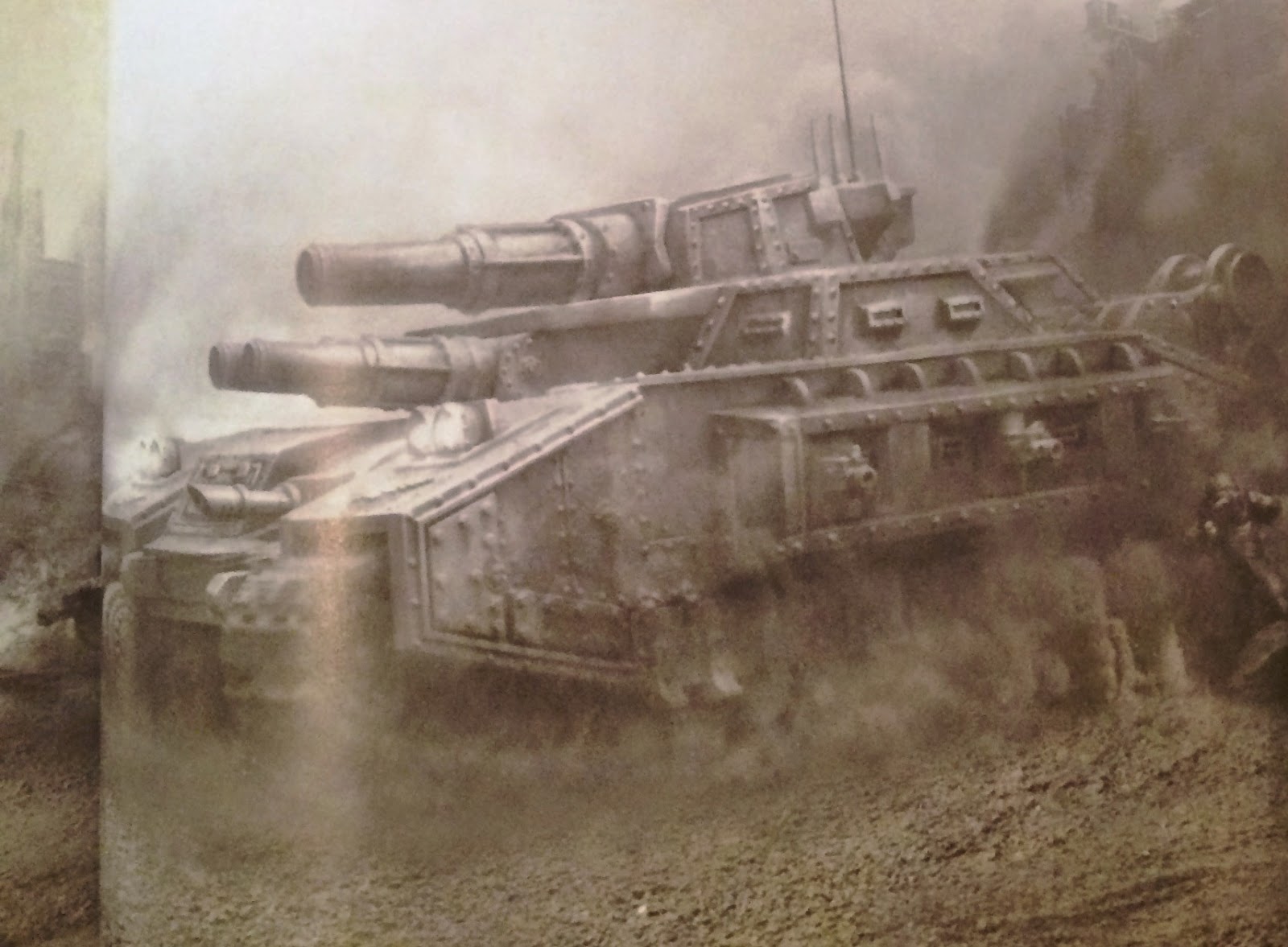