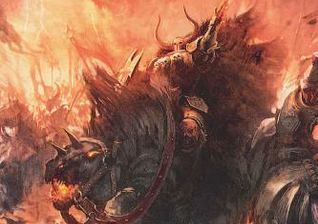 It seems some information is leaking about the forces found in the Endtimes: Archaon. This continues the information leaks that we have had on the next Endtimes book. So bookmark these, because from the looks of it, you will want to re-read these after you read Thanquol this weekend.

via an anonymous source on Faeit 212
Here is a little more about Endtimes Archaon that I have seen. This is not complete, and I wish I had a better look at these. sorry. This is as much as I can get.

Sigvald has some great battle and is featured in the background.