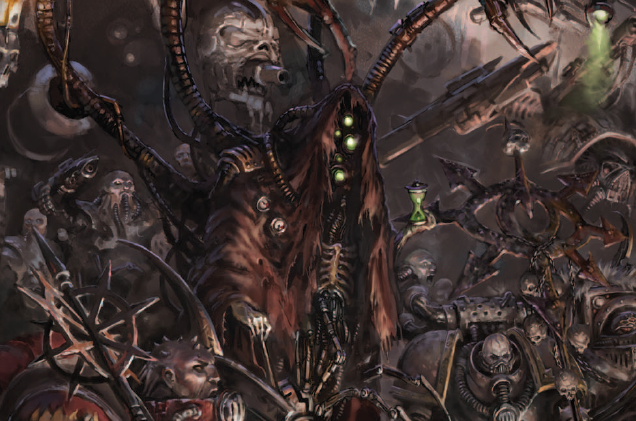 Dark Mechanicus would drive long time Warhammer fans crazy, and yes, there are some rumors below that discuss the sources knowledge of just that. He is also chiming in on the Admech rumors we have previously had on the site.

Please remember that these are rumors. Also please remember that there are multiple sources who are still saying that a 40k Skitarii codex is coming, and I believe from what I have been told that its not only credible, but mostly complete at this time (although I had thought its release was still some time off). But who knows, and I want to make sure that if a source is saying that he is not aware of a Mechanicus codex, that the readers here on the site get this information.

I do find great interest in the Horus Heresy doing a Dark Mech army list, and feel that its just a matter of time before we see this.

via Nostromodamus
Unfortunately there will be no 40k Mechanicus at this time, the only
upcoming projects I am aware of is for HH.. But there will be some twisted
Dark Mech models coming out, but again for HH.