The Powers of the C'tan, and More Leaked Pics 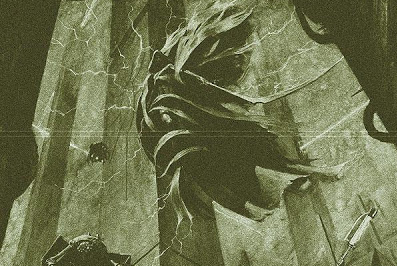 More information is out, and its just a matter of digging it up, or in this case, going back over it (I missed this one the first time I read it). This reveals a little how C'tans powers work, and the leaked iamges below show off the new Necron Overlord model.


Also this is information from the White Dwarf regarding how C'tans work. Consider them rumors until we see the release (always because of possible errors)

via Archibald_TK on Warseer
Regarding the CTans, WD seems to really make a difference between Shards of the Deceiver, Nightbringer, Trans CTan and the Vault. This is how their power work:
- During the shooting phase, chose an enemy unit.
- Roll a D6 or pick a card to determine the attack it suffers.
- The randomness represents the CTan basically doing whatever he wants when released on a battlefield.
- Each attack comes in 2 Flavors.
- The first one, supposedly already devastating, is used by the two shards and the Trans CTan.
- The second one, that appears to be the powerful Apocalypse effect, is for the Vault.
1/22/2015
Natfka
40k, 7th Edition, Leaked Images, Necrons, New Releases, News Headlines, Rumors, Warhammer 40k