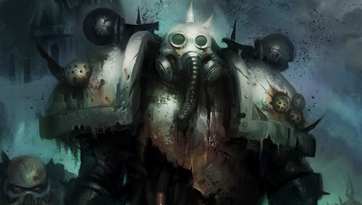 With rumors of cult troops in the rumors, the rumors continue from the source that had seen new plague marine models a few weeks back. He is chiming again with more details on what will be released.


Please remember that these are rumors. Here also is a link back to just after Christmas where the Plague Marines were noted along with some Necron bits.
http://natfka.blogspot.com/2014/12/plague-marines-and-new-chaos-cult.html