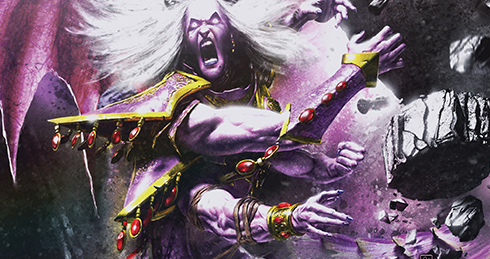 Next week is another week of Skaven from Games Workshop. There will be three new releases, Stormfiends, a new Grey Seer, and Warlord. As of right now, no hints yet on what is on the back inside cover for the following week. Also Death and Defiance from the Black Library is coming is coming to stores.


Please remember that this is early information and as such must be considered rumors.

via an anonymous source on Faeit 212
It's more Skaven next week
Stormfiends: Rat Ogres with Cannons-  rules in the White Dwarf
Grey Seer
Skaven Warlord

Also next week a Black Library release that was not released to stores previously will now be.
Coming to stores next week
The Horus Heresy: Death and Defiance- Hardback
http://www.blacklibrary.com/horus-heresy/death-and-defiance-hardback.html