Necrons: New Monolith and the Necromancer 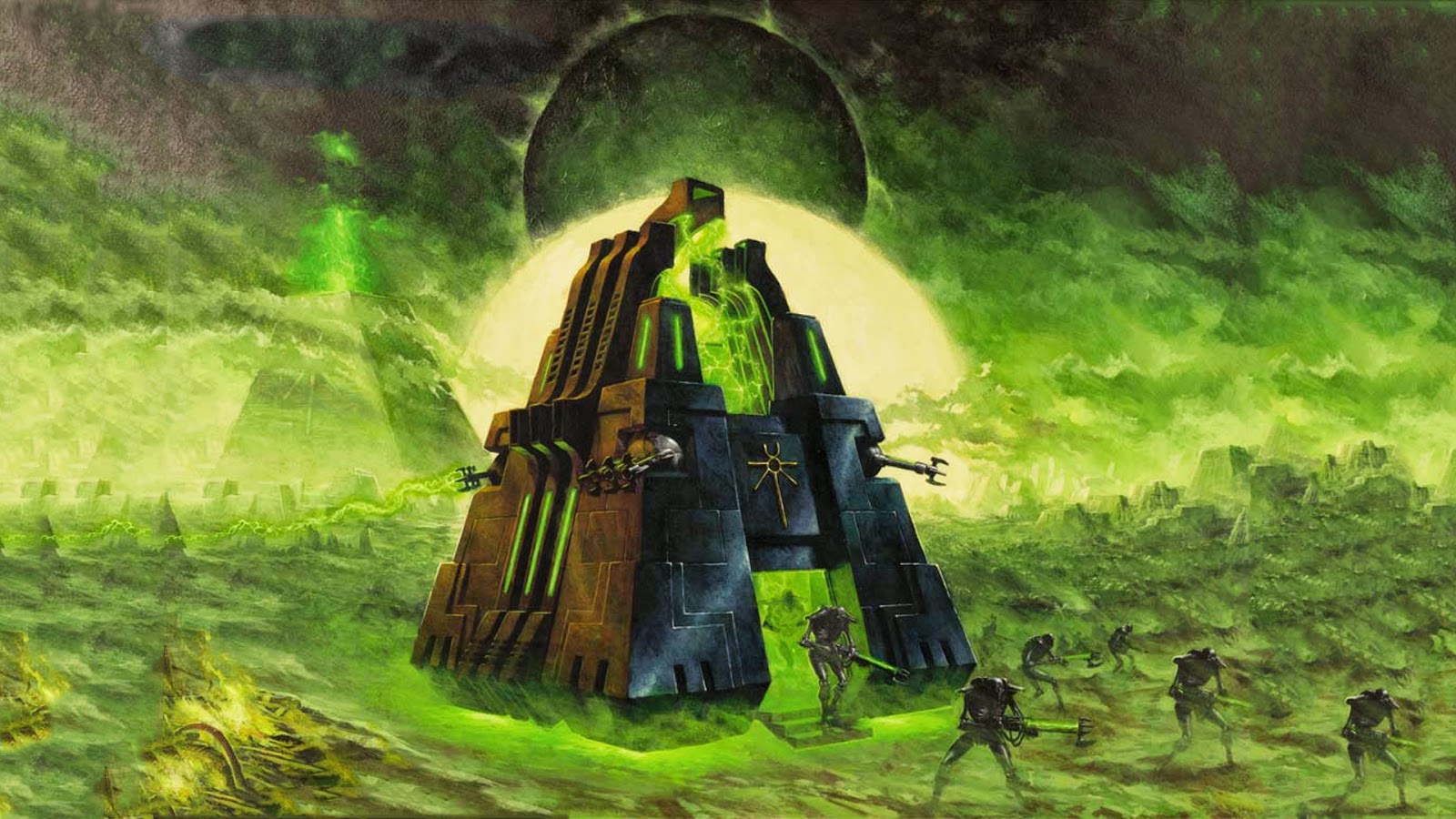 Whispers on the Necrons are just getting started it seems, and these talk about changes to Tesla Weapons, a new Monolith, and a new Monstrous Creature called the Necromancer.

These are rumors. These have a more credibility than the last set even though they must remain anonymous for particular reasons to protect the source. He sent these in response to the earlier post today.

via an anonymous source on Faeit 212
I just saw this latest post about Necrons and it’s not true at all. I don’t know where this guy came up with his stuff but I suspect the source is just making it up.

I should start by confirming that tesla is changing like everyone has been saying. Look
to spacewolves to see how your 6’s don’t work on snap firing.

The first new thing is a new MC that the Necrons are getting called the Necromancer. Str 6
tough 7 like a bigger destroyer lord. It’s a jump character but does so through phasing in and out of reality(dimensional door is the rule, similar to how deathmarks work). The Str 6 is unmodified, so when you use it with a warscythe it gets bumped up to 8. I don’t know how many wounds it has but I hear it has a resurrection orb effect for everything within 12 inches of it kinda like the rules in death from the skies on the flyers.

The second
unit I heard about is a new monolith, finally. The new one is like a mix of the
super heavy obelisk and the regular monolith. It’s able to fire its ordnance
weapon AND shoot its side weapons at full ballistic skill but ONLY at flyers,
FMCs, skimmers, and jetbikes.

Other than that still the same, but one big rule shift is that melta doesn’t work against living metal anymore… again. So Necrons rejoice in your renewed durability.
1/08/2015
Natfka
40k, 7th Edition, Necrons, News Headlines, Rumors, Warhammer 40k