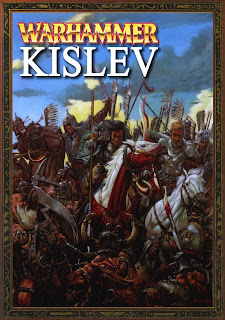 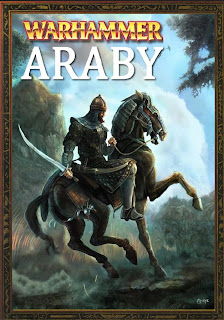 This set of rumors has been growing larger the last couple of days now. It states that Warhammer Fantasy will recieve a Contingent Supplement with mini forces to ally with your armies. Some of this sounds a little odd, like the insect kingdom, however, I also do not know the Fantasy setting in any great detail, so perhaps its in there.

These are rumors, so please take with the required salt.

The information comes via Ghost 21, but it was Harry that compiled it into something we could read, since this was taken from forum conversation.

via ghost21
Expect mini forces from various places, I realy shouldnt but theres going to be mini armies like allies or sth (not sure on exact wording)

There will be things like a araby one and kislev, also I heard estalia, and oddly some insect kingdom

Rodmillard Question:
Maybe I misread it, but I thought Ghost was talking about a separate allies book with rules for Araby, Kislev, Tilea and the "Insectoids" (sounds alot like what some fans have been suggesting for a DoW replacement). AFAIK it had nothing to do with the forthcoming Empire release except to say that Kislev won't be in there.

In reply Ghost posted
Thats exactly what I meant

Its an expansion book, im told it wont effect the releases of other armies

Honestly you will see them in wd before book form.

I think Chaos dwarves are a Forge world thing for now.

Theres 5 "states" in the book / supplement

Apparently 2 "good" 1 nutural, and 2 "evil ish" and when you think of fishmen?... there are far more disturbing creatures in the sea than just fish... *cough ithilids cough *

the strange thing is that most people think the non human races are evil....damn you insecticons....

and in reply to this:
Anyone have any real inkling if this would involve bringing back old sculpts (as in kislev) or new sculpts?

Ghost posted this:
they will use some old sculpts, new horses so im told.


via  Mirbeau
I can perhaps contribute. Some concepts on Araby were finished around 5 months ago, I though they were just for dreadfleet but nothing of what was described to me ended up in the book/game. I must say from what I was told what was seen certainly didn't imply a 'good' faction. I wouldn't be suprised at all to see them expanded upon further.

they will probably appear in wd first.. i know that the planed book has 5 (planned) but they want to test the waters first

araby are kinda odd they can be good and evil but there not the nutural race(i said evil ish).
10/08/2011
Natfka
Rumors, Warhammer Fantasy