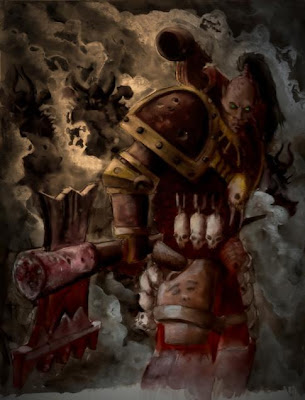 The next Warhammer 40k codex to come out seems like a toss up between a couple armies now. The current thinking amongst many sites online is that Tau are next. Earlier rumors were conflicting with this, putting the Chaos Legions codex in March, or even sliding the Black Templar into the mix.

Just to set this next rumor up, the current rumor mill places next years releases like this....
Tau Q1, probably after Vampire Counts in January
Chaos Legions Mid Year
Eldar Towards the end of the year.

I sometimes get rumors sent to me, and this is one of them. I removed the sources name, and how and who the information was recieved from. Even the rumor declares taking it with a lot of salt, so please do so.


I had a chance to get information straight from a codex designer.
Chaos legions will be out in January or February dependant on necron sales, however it will probably be January. I don't know whether he was messing with me or not, so read and apply a lot of salt.  He was straight with me about necrons being released in  November. Chaos Legions are being taken back to their roots from the Horus  Heresy, and it was a bit late due to the re-design of the fluff to fit in with 6ed.