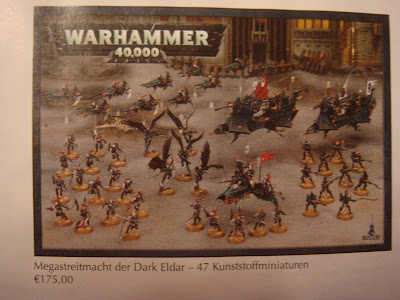 The Holidays are around the corner and there are four Mega Army Boxes to be released before the years end. One Space Marine and One Dark Eldar for Warhammer 40k. I had received these images and the information early this morning, but there is just too many things to get verified and posted. The information is out and rolling now, so I am playing catch up.

My pics are no better than the ones floating around on Warseer atm, they are just in a different language. There is also a Fanstasy release as well, Skaven and High Elf. The Fantasy Pics below are the ones from Warseer. 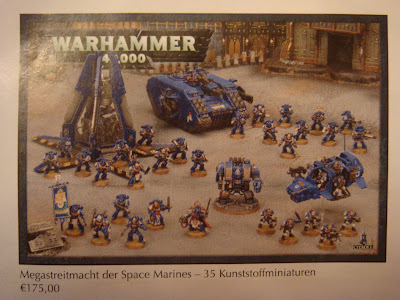 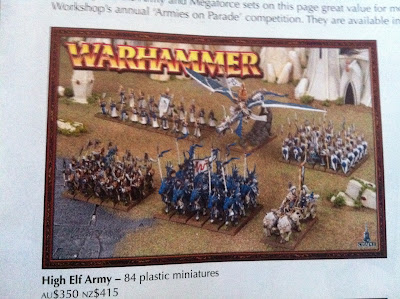 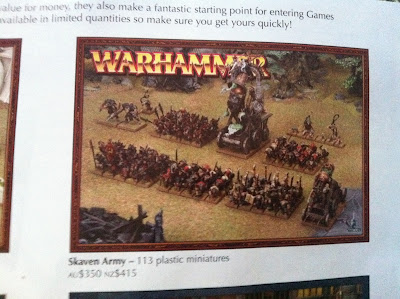 Bramgaunt has cofirmed these below.
via Bramgaunt
There are two for 40k aswell - Space Marines and Dark Eldar, 175€each.

Space Marines contains two 10 man tac squads, 5 scouts with sniper rifles, a Drop Pod, a command squad and I think there was a 5 man Assault squad, definatly a Land Speeder Storm and a Commander
10/27/2011
Natfka