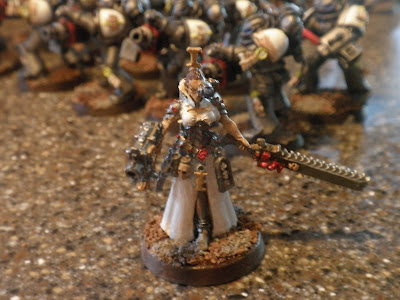 I did a little more conversion work on this model when I had the chance today, and then started painting her. Pretty happy with the way she turned out. The comments last night were wonderful, and took them all into consideration.

For anyone that did not read last night's post, this is a conversion piece done from the Dark Eldar Llhamaean model. I think she definetly turned out looking like an Inquisitor rather than the Dark Eldar model she started off as. This was something I was very concerned about whether or not I could pull it off.

I decided I loved the huge deadly weaponry look of her, but decided that I should do something to suggest her strength is augmented somehow. I had some thin tubing that I used to connect her up to her backpack. Perhaps some very expensive and rare bionic augmentations in her arms, that require a direct power source.

I also took off the chaos arrow from the bolt pistol, and took an inquisitorial double "I" from a storm bolter. I had to shave it off and trim it up. Some more golden ribbons were added to her bolt pistol arm, and another Inquisitorial symbol placed above her head that is attached to the high collar behind her head.

There is the issue of the tubing that bent after it was in place, but without replacing it completely I do not think I can get it to unbend. (I tried). 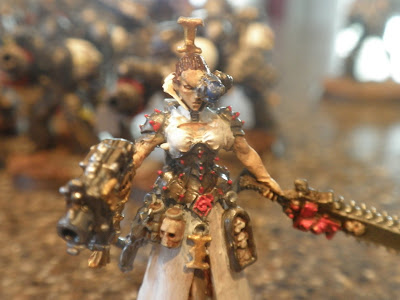 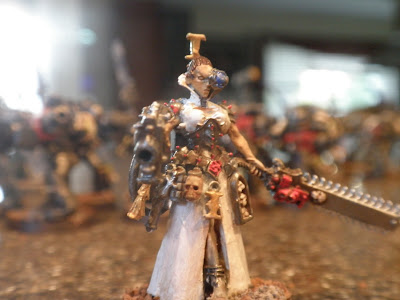 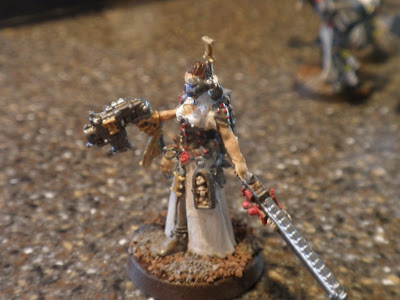 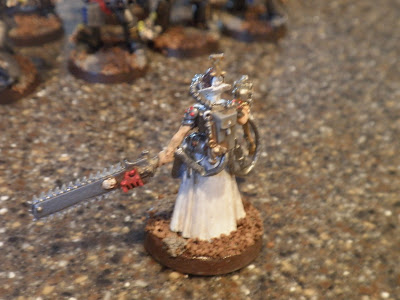