An Elite Land Raider with Scout USR and more 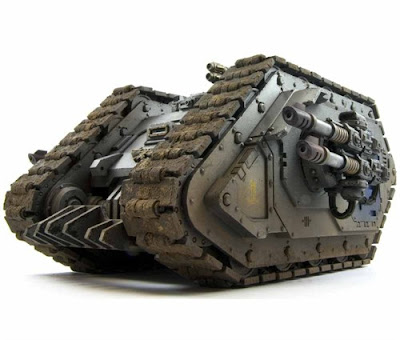 A land raider that fits into the elite slot and comes with the scout USR? Thats what we have today with the release of the Land Raider Proteus. It is the old retro Land Raider from before I even started playing the game back at the beginning of 3rd edition.

Also being released by Forgeworld this week is the Relic Contemptor Dreadnought Body and new Contemptor Weapons. The weapons include a Multi-Melta and an Assault Claw. 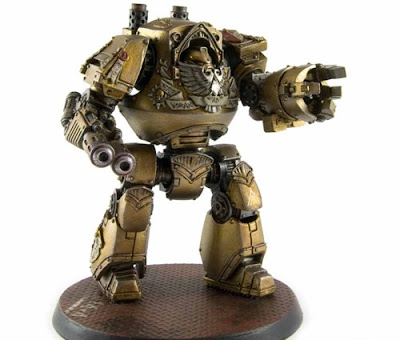 The Land Raider Proteus, along with the Relic Contemptor Dreadnought Body and new weapons are now currently available. http://www.forgeworld.co.uk/New_Stuff

This week I have been a little Focused on Necron rumors, so it was time to catch up with a few things I missed. I am going to dig up some old pics this weekend of a friend of mines old dreadnoughts. They have a very similair appearance to the Contemptor, at least from what I can remember of them.

Land Raider Proteus
Mechanicus tech-savants believe that the Land Raider Proteus is a precursor to the Phobos pattern vehicle now found amongst the armouriums of the Adeptus Astartes.  Bulkier and faster than the Phobos, ancient and forgotten data-looms describe the Proteus as a forward assault vehicle, commonly fielded in Explorator missions during the dawning days of Mankind’s fledgling galactic empire.
Experimental Rules

Relic Contemptor Dreadnought
Given the rarity of the Contemptor-pattern chassis, it is not uncommon for those Chapters blessed enough to count these ancient war machines amongst their arsenal to embellish their armoured sarcophagus with scripture, honour scrolls and additional details to commemorate the heroism and indomitable valour of the Ancient enshrined within.