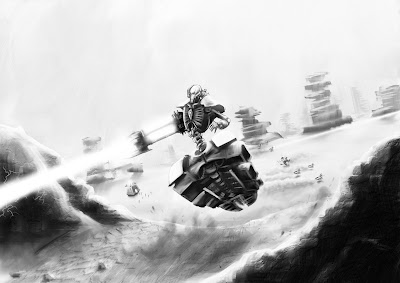 Some of the rules that we are to see in the Necron codex are going to appear to be a little odd, or misplaced apparently. For example, destroyers having perferred enemy, or snipers with rapid fire weapons. This is going to be due to 6th edition changes, and the Necron codex is set up for it.


Take a look at the rumors below. Please take with a little salt.

via  Bramgaunt
Afaik, no. Nothing is supposed to happen this weekend. Preorders should start with the WD next saturday.

However, due to the leak, GW retail stores have started to accept preorders already and are showing pictures and infos on a handout. Therefor they might be showing them 'early'.

We also keep forgetting it's a 6th Edition Codex. Destroyers with Preferred Enemy show that pretty good. Some things will appear strange or won't make any sense at all.

I also forsee, as I said befor, that the full potential of the new Codex will show with the 6th Edition rules. Otherwise I cannot explain several things. Like the Destroyers. Or the rapid fire sniperrifles. If what I heard is true, Deathmarks will be a real pain in the ass starting July.

Units may shoot once immediately after a deep strike movement.

Rapid fire weapons may be fired twice at max range if shooting unit didn't move that turn, or once at maxrange/twice at 12" if they moved.

Preferred enemy will work on shooting.

Take it with a lot of salt, though.

ghost21 replied
only with overwatch


T7 or T8 won't make that much of a difference come July. Same goes for the Gauss ability to wound everything, no matter what the toughness.