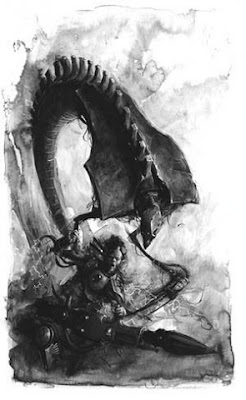 The latest in the rumor mill.....
Necrons are confirmed for an announcement the week of October 22nd thru the 29th. Right on schedule with Hallows Eve. We would be seeing an announcement in the November White Dwarf and seeing releases and pre-orders Novemer 5th.

As with all rumors,
Please take with a gain of salt, as nothing is fact until we have that codex in our hands.