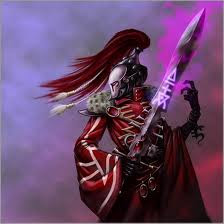 With Tau only a single week away from launch, High Elf leaks very much declaring May as their own, we are looking hard at what is next in line. While Eldar are generally looked on as next in line, I have received two sets of rumor schedules that are only slight off from each other. Here is what is being said.......

via Anonymous Source
This is what to expect over the next few months
May: High Elves
June: Apocalypse redo
July: Eldar

Space Marines are coming before the end of the year but I don't know specifics beyond the next couple months.


What I am going to take away from these, is that Eldar are coming much earlier than expected. We have been expecting them much later this year, more towards August or even November. Both of these sources have posted here before and helped keep us up to date on what has been released in the past, so I am not going to pick one time frame over the other.

The other thing of note that catches my eye, is that with Eldar being released this early leaves plenty of time for a Space Marine release.

I will literally be dropping quite a bit on new Eldar models when they hit. At least 3 of the Wraithguard Constructs will be on my list before even knowing anything else about them. (I may need more depending on rules). Of course, several flyers will also be needed, so count me in for at least 3 boxes there as well.

Of course when I get more information or confirmations, I will be on it.
3/31/2013
Natfka
40k, 6th Edition, Eldar, High Elves, Rumors, Space Marines, Warhammer 40k