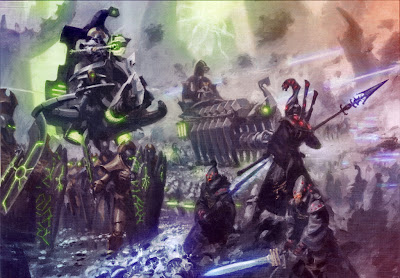 Late last year we were hearing that Games Workshop was going to be releasing things quicker, and we were hard pressed to believe it. Now that the speed at which things are getting released has increased, many people are loving the schedule we are on.

Here is one more release schedule from a source that has a different, but a very close connection to Games Workshop.

via another anonymous source
Games Workshop is aiming for an army book/codex every month. Its high elves, eldar, apocalypse, lizard men, marines then tyranids. I'm just not sure of the months and whether marines are October or November and what was in between marines and tyranids.

then September+ looks like it gets a little vague. Could we see both Space Marines and Tyranids this year?