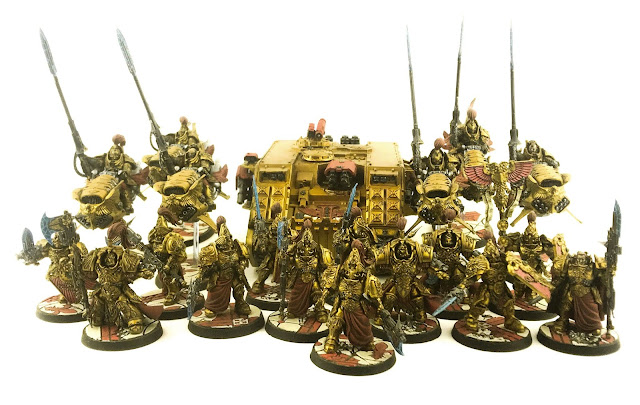 The NOCF charity raffles are in full swing and there is one very special bundle of armies that is essentially 4 armies for a single ticket. Imagine winning this one..... 4 Armies.... for the price of a single ticket. Remember that you dont need to be present to win and the armies will be shipped to you if you win!

This is rather nuts, but what a cool concept.

This amazing offering is the brainchild of Alex Good (40K Showcase Studio / Chapter of Hope). At NOVA Open 2018, he was very proud of the interest in and amount of funds raised by his group's Ultramarine Primaris Army. Alex became inspired by the idea of someone winning a Community set that would allow them to walk into their local game store and engage three players to join him in using four beautifully painted armies from the bundle.

Only one person will win this army bundle.. of 4 Armies..... Its possible that may be you!

THE ULTIMATE GAME BUNDLE:
go here to see close pics of the all the mini's in this deal!
https://novaopenfoundation.org/raffle/defense-of-terra/ 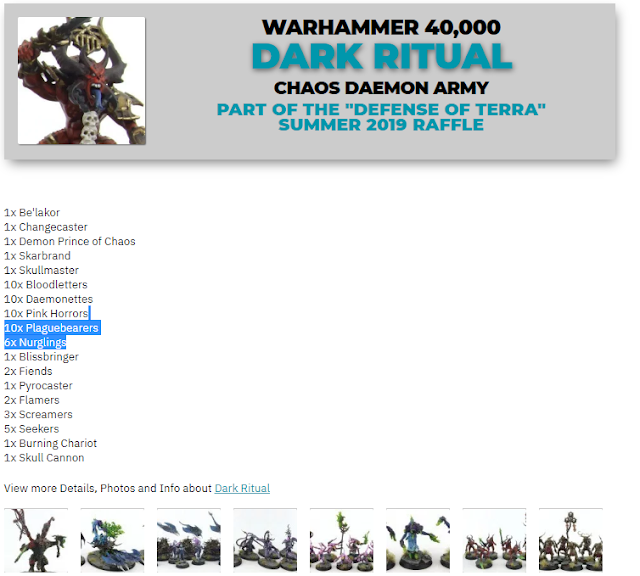 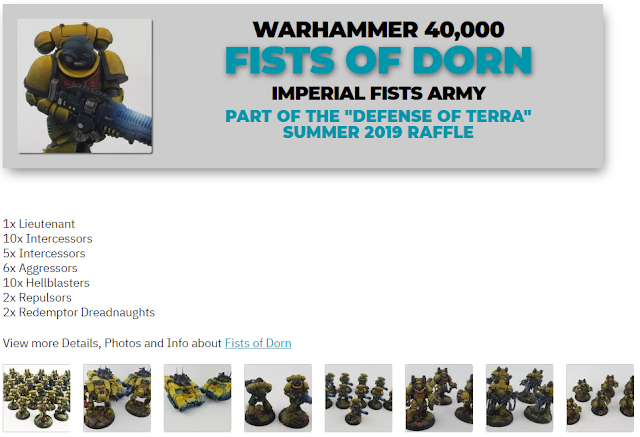 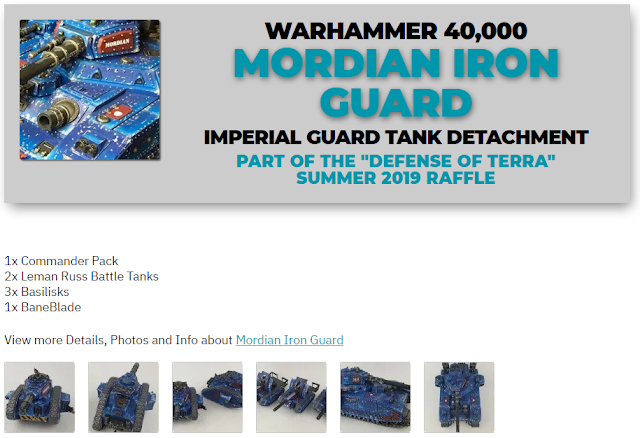 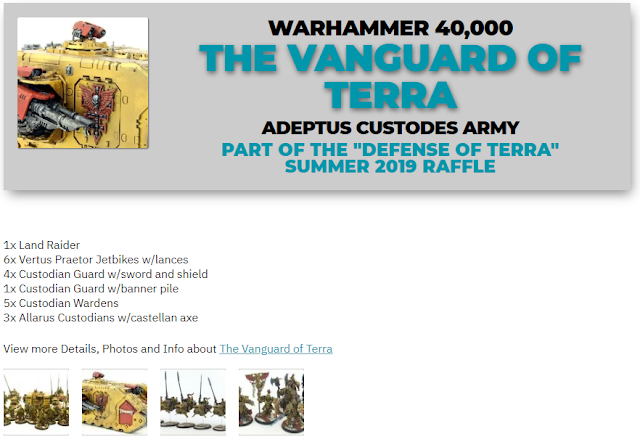 Tickets:
This army is one of a 4-part collection called the Ultimate Game Bundle.
The purchase of one ticket is a ticket for the entire Bundle.

To see more of what is in the NOCF summer raffles.... go here to check them out
https://novaopenfoundation.org/