Home » The Genesys Project » Primer: Weapons and Equipment, and Customization

Primer: Weapons and Equipment, and Customization 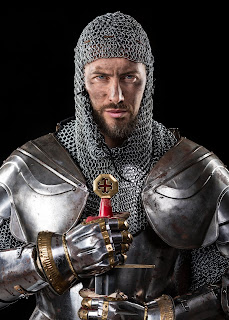 In addition, the Armory includes Advanced Weapons and Equipment options which allow you to add additional properties to further customize Primitive, Common, or Special items.

Imbued Weapons and Equipment are not handled here, instead they are discussed fully with Magical Powers.

PRIMITVE WEAPONS AND EQUIPMENT
Primitive items are just that, inexpensive, and easy to use and available to everyone. Primitive Weapons and Equipment are best used to arm the hordes or provide the basics of protection. The point cost for Primitive equipment is paid for by the squad, not the individual model like all other gear. There are Scavenger abilities as well (think rat men) that can help you get primitive gear for next to nothing!

The downside of these weapons is that they do not allow for Enhancements from abilities or Coordinated Attack Bonuses to apply to the Combat Situation when used. This means that they can still gain situational bonuses on the battlefield like charging, cover, outnumbering, etc.,  but if the models would gain an additional bonus due to an ability the squad has, they would not receive it if using primitive weapons and equipment.

COMMON WEAPONS AND EQUIPMENT
All of the Domains have access to the Common Weapons and Equipment. This list includes a wide variety of weapons and equipment granting access to bonus Enhancements through Abilities and fighting styles (like dual wielding). The point cost of Common gear is per model and grants access to additional weapon types beyond what the Open Beta testers saw.
Finding the costs of your gear is easy. The point cost of a melee weapon for example is 2pts per model for common gear, or for primitive melee weapons 2pts per squad. Calculating gear costs, and even seeing it on your opponent’s lists are easily recognizable.

Here are just a few of the basic examples. Primitive equipment are squad point costs, and Common are per model.

CUSTOMIZING ADVANCED WEAPONS AND EQUIPMENT
Advanced equipment is only available through traits and abilities that allow you to add additional properties to either primitive, common, or special equipment. The point cost for this added to the total cost of the equipment. While more expensive, this really allows you a wide range of possibilities, like extending the range, strength, skill, or protection of the weapons or armor.

For example, taking an Arming Sword, which is a Special weapon type, and taking an Advanced Weapon trait would allow you to customize the sword. If you wanted to give the sword a +1 Strength, or an additional skill point of +1 Martial, you can do this easily. You could also make it an extremely long weapon by giving it a +1 threat range for melee combat.

One last thing before we go - there are traits and abilities that grant point costs bonuses to different levels of equipment. Abilities like Abundant Resources, or Mineral Wealth can make access to different weapons a little easier on the point costs.

Next Up: We are going to Create a Faction!