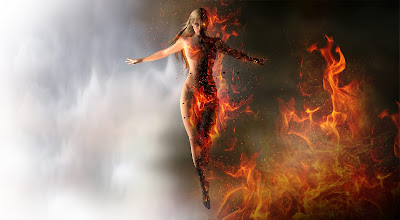 The latest update delves into the magical realm of spell casting.

PRIMER: CHANNELING AND CUSTOMIZING MAGICAL POWERS
Casting Magic in The Genesys Project is done by channeling energy from beyond our realm, drawing it through the thin veil of the Ethereal. Doing so comes at a risk to those channeling, as casters must not cross their mortal threshold, or they could perish, ripped apart for eternity. With high risks comes great power and the ability to bend the forces of reality, embolden your forces, or to lay waste to the enemy.

As with all other combat in the game, powers require a single die roll from the casting model (same die result is used for both casting and hitting the opponent) and a single die roll for each enemy model affected. Let’s take a look at some of the mechanics.

CASTING DIFFICULTY AND THE MORTAL THRESHOLD
Mechanics: To successfully cast a power, you must roll a die and add that result to your Willpower characteristic. The total of the casting is now your Combat Resolution Number. To cast your power this CRN will need to be:


The resulting Combat Resolution Number is used for any enemy miniatures to save against if they are affected by it. One die roll for the caster and one for the target (if there is an enemy target).

The Difficulty of casting a power (and also your Mortal Threshold) is based upon your Life Domain as presented below. These might be adjusted by certain traits and abilities.

Failing to cast a power typically has no effect upon the caster, unless the caster fails while Channeling, or the result crosses over the Mortal Threshold.

Mortal Threshold: Powers are dangerous, and harnessing too much otherworldly energy ravages the body, tearing it from its connection through the Veil. Any result that is higher than the model’s Mortal Threshold results in immediate death of the caster. The model may not be resurrected, as the unleashed energies have torn apart the caster in a violent and spectacular way.

Channeling: This is done through different methods, dependent upon the type of caster. Let’s look at two of them briefly.


The ultimate goal of channeling is to successfully cast the power and remain at or within the caster’s Mortal Threshold. Casting powers is not for the meek and it takes a little extra thought when creating your spellcasters. However, with the magical items found in technomancy, spell-focused abilities, and sometimes a little luck, channeling results in success. Of course, that is until you decide to attempt something very powerful and beyond your caster’s ability.

CUSTOMIZING POWERS
Powers can be customized to increase the strength, range, duration, area of effect, or even combine powers into a single casting. When you customize a power, you are adding properties to it, which will increase the difficulty level for casting.
For example, if I wanted to increase the Strength of my Fire Power by 2, this would require two properties to be added to the power, increasing the difficulty by 2. Other options include changing the shape of the power into a blast radius, cone effect, a short-ranged arc, or even a beam or ray.

TOOLS OF THE TRADE AND DIFFERENT CASTER TYPES
There are abilities and items as well that can help with casting powers. Wands can help modify the die roll by 1 either up or down, and others like staves to help raise the Mortal Threshold of the caster. While casters use their Willpower to cast powers, there are other methods of casting powers that use different characteristics such as Command or Discipline.

Next Up: WEAPONS AND EQUIPMENT, CUSTOMIZATION