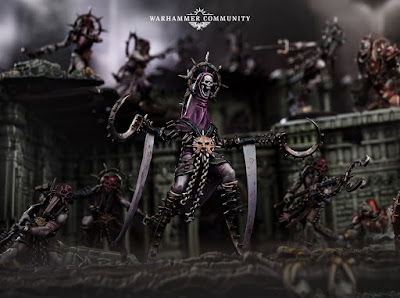 The Unmade Preview is up for this new Warband coming to pre-orders this weekend. Warcry is coming fast and this is a good chance to check out the latest faction updates.

via the Warhammer Community
https://www.warhammer-community.com/2019/07/30/warband-focus-the-unmadegw-homepage-post-1/
Once a society of enlightenment and wisdom, the Unmade are the remnants of the once-great empire of the islands of Tzlid, in Shyish. Having turned to Chaos in a desperate attempt to hold back the endless undead, they now follow a twisted creed based around the infliction of suffering and mutilation upon their own bodies – and those of their foes… 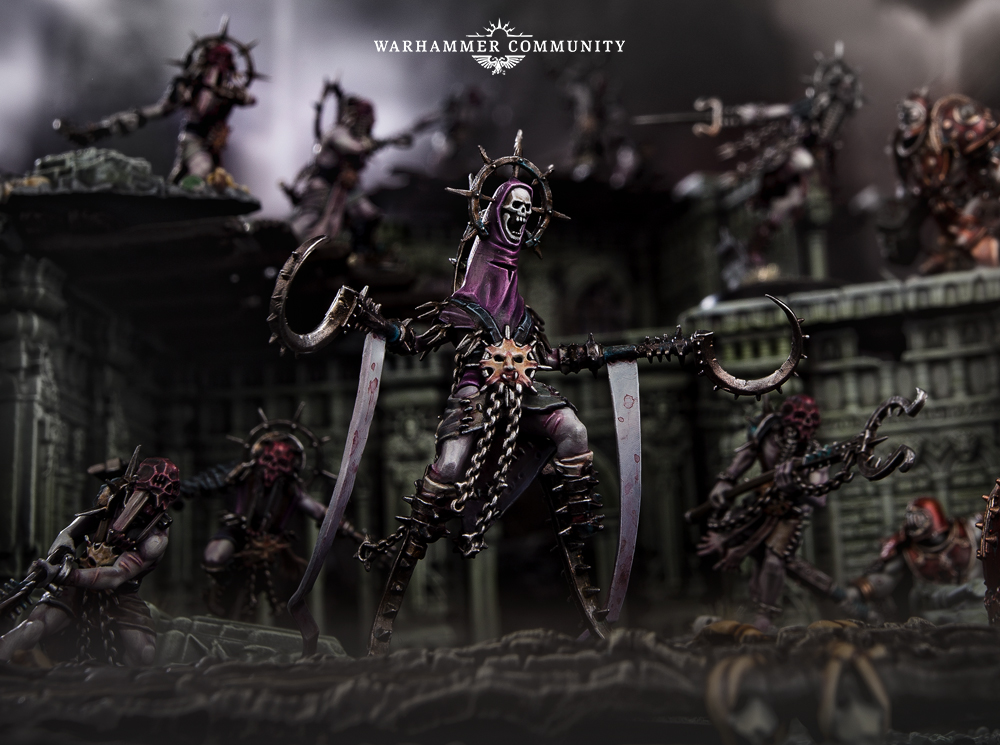 Why Play the Unmade?

The Unmade can field loads of low points-cost fighters to overwhelm their foes. With most models in the warband costing a mere handful, you’ll be able to conquer many tougher enemies through sheer weight of numbers.

The Unmade are very hard to pin down, with a suite of unpredictable and deadly abilities that can make even the lowliest Awakened One (the little guys with spears and whips) a surprisingly dangerous combatant.

One of the joys of the Unmade is just how wonderfully horrifying their models are. The sheer psychological effect of seeing a horde of these shambling, hooked monstrosities on the tabletop cannot be underestimated. 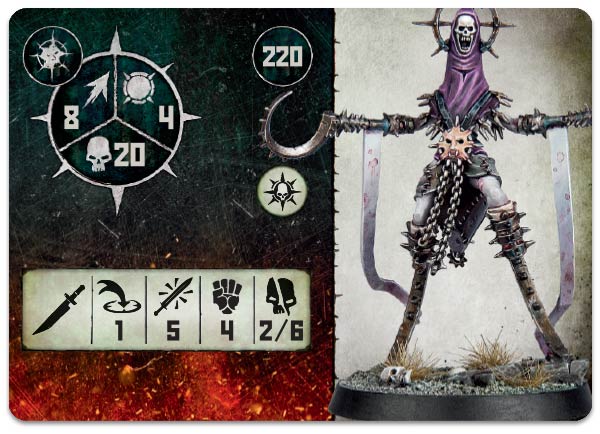 The Unmade warbands are led by Blissful Ones – fast and brutally effective fighters with the power to turn anyone who gets in their way into particularly grimdark coleslaw. The Blissful One boasts a superb 5 attacks, with critical hits dealing 6 damage apiece! While the Blissful One is a little more fragile than some other leaders, their savage offensive prowess more than makes up for it.

Awakened One with Brutal Polearm 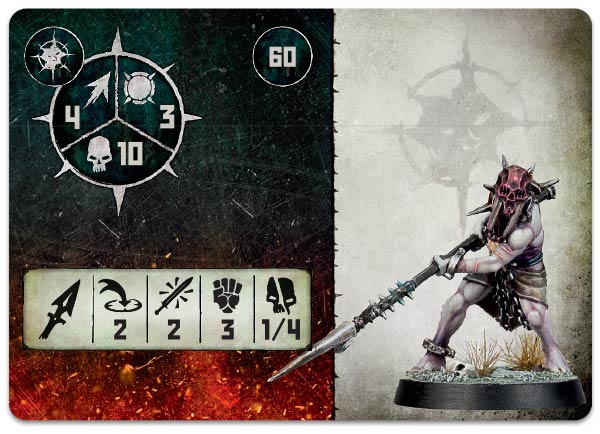 Awakened Ones make up the backbone of any decent warband of the Unmade thanks to their low points cost and nifty attacks. You see, the range of these warriors’ weapons puts enemies in a very sticky spot indeed. Usually in Warcry, closing in to attack an enemy is very dangerous, as it’ll offer them the chance to attack you in both their activations. With a 2” range, you’ll be able to keep enemies at arm’s length. A solid Critical Hit damage of 4 can also make for a very nasty surprise for your enemies.

This excellent ability is the lynchpin to the success of The Unmade, allowing you to devastate your opponent’s strategy for a mere Double.* The ability to stop foes from moving is huge, letting you to essentially disable your enemy’s best fighters at a distance while your warband runs roughshod over the rest of their warriors. Throw lower-cost fighters like Awakened Ones at your opponent for maximum potential coverage, and use it as often as you can.

Flaying Frenzy made it into this Warband Focus pretty much on the strength of its name alone – but it’s also an incredibly useful ability with the potential to wreak havoc amid your enemy. Send a Joyous One where the fighting is thickest, use this ability, and unleash sheer bloody mayhem! Just knowing you have this ability is enough to force your enemy to keep their fighters widely spaced. We recommend occasionally surveying the battlefield and announcing “This seems like a good time for a….FLAYING FRENZYYYYY” in a low, raspy voice to remind them.
7/30/2019
Natfka
Age of Sigmar, Games Workshop, Unmade, Warcry