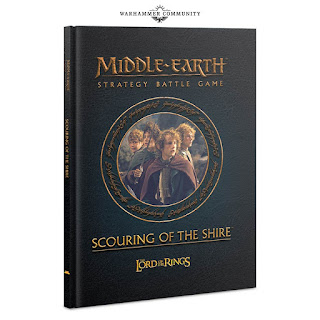 A new updated book of the Scouring of the Shire from about 15 years ago. The new book finds is way back to the Shire to lay out the scenarios and battles that occurred in the Shire. The new book along with new terrain kits to create Hobbit Holes is available for pre-orders this weekend.

Here is a preview from Middle Earth

via the Warhammer Community
https://www.warhammer-community.com/2019/07/12/the-middle-earth-strategy-battle-game-war-comes-to-the-shiregw-homepage-post-4fw-homepage-post-1/

Many fans of the Middle-earth Strategy Battle Game will remember the original Scouring of the Shire supplement that first hit the shelves way back in 2004, which contained a handful of scenarios and profiles set during this brief time of upheaval. Well, the new book builds on the previous edition and is jam-packed with exciting and thematic content… 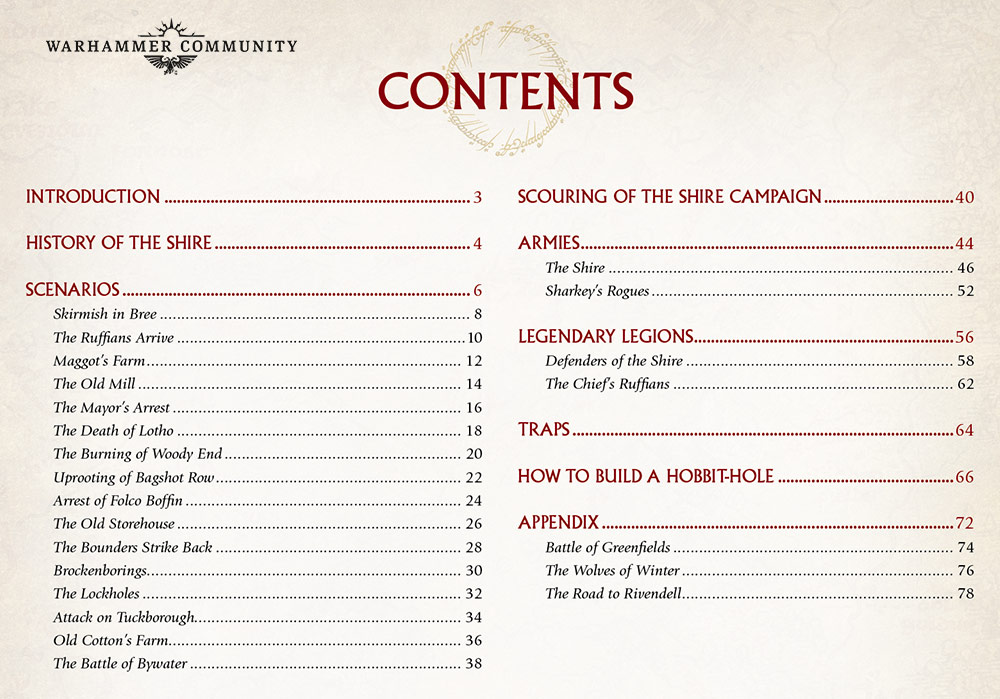 As you can see, the new book boasts a whopping 16 Narrative Play Scenarios that enable you to relive every aspect of the Scouring of the Shire like never before. Small but key events such as the forceful takeover of the Old Mill, the uprooting of Bagshot Row and even the arrest of poor Will Whitfoot can be played through in a series of small-scale skirmishes – many of which are fought on a 2’x2’ battlefield. 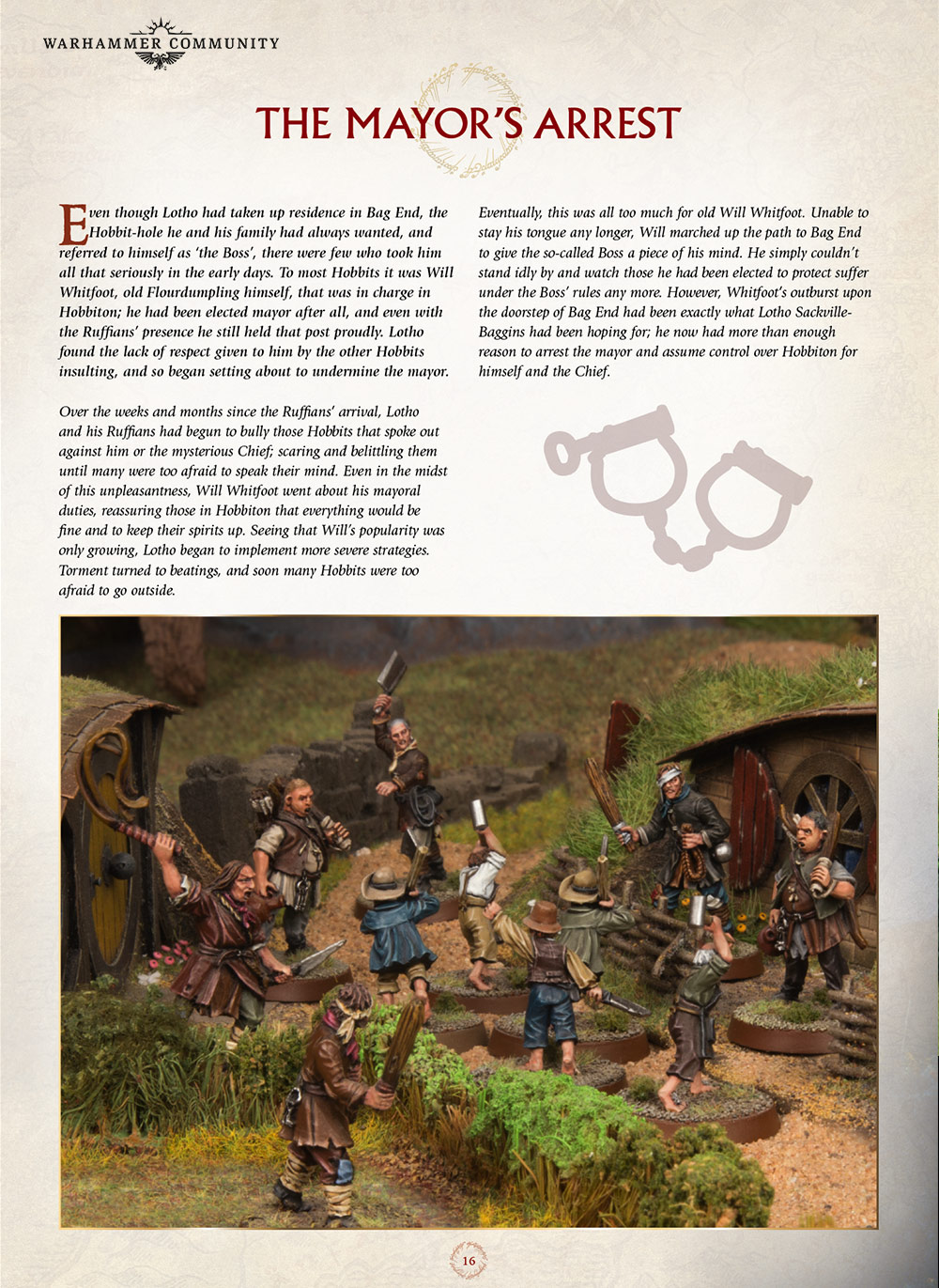 There is even an Appendix that includes a further three Narrative Play Scenarios based upon historical clashes that took place within the boundaries of the Shire, as well as a profile for Golfimbul – the ill-fated Orc Chieftain whose plans to invade the peaceful land of the Hobbits was cut short* at the Battle of Greenfields. 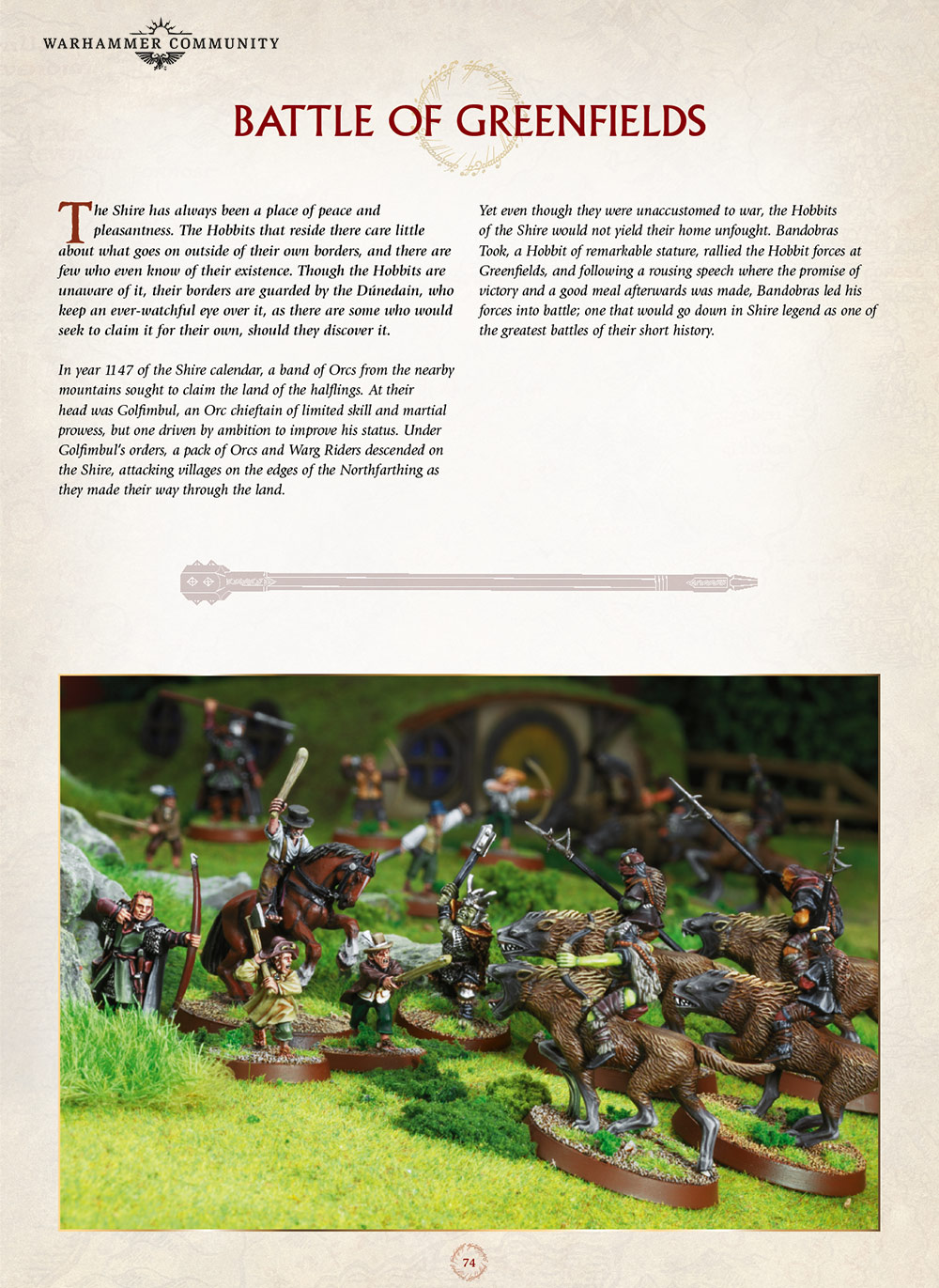 The book features a slew of new profiles for both the Shire and Sharkey’s Rogues army lists, including Hobbit personalities such as Will Whitfoot and Robin Smallburrow, as well as some dastardly Ruffian leaders the likes of Bill Ferny. Alongside these Heroes are two Legendary Legions, each focusing on either the Hobbits or Ruffians who fought at the Battle of Bywater – the greatest battle in the Shire’s history.
One of the advantages that the defiant Hobbits had against the Ruffians was their skill in laying Traps. There’s a whole section on the rules for using Trap markers, which includes guidance on how to make your own markers as well as an example of what each of the four varieties of Trap might look like. The Defenders of the Shire Legendary Legion even allows you to use Traps in Matched Play games too!

On the topic of making your own Scouring of the Shire accessories, there’s also a full stage-by-stage guide on how to make your very own Hobbit-holes using the new upgrade kit. In fact, the Hobbit-hole Upgrade Kit is available to pre-order this weekend, along with the Scouring of the Shire supplement and a host of miniatures that are returning to the range just in time to take part in the Narrative Play Scenarios!
7/12/2019
Natfka
Games Workshop, Middle Earth Strategy Game