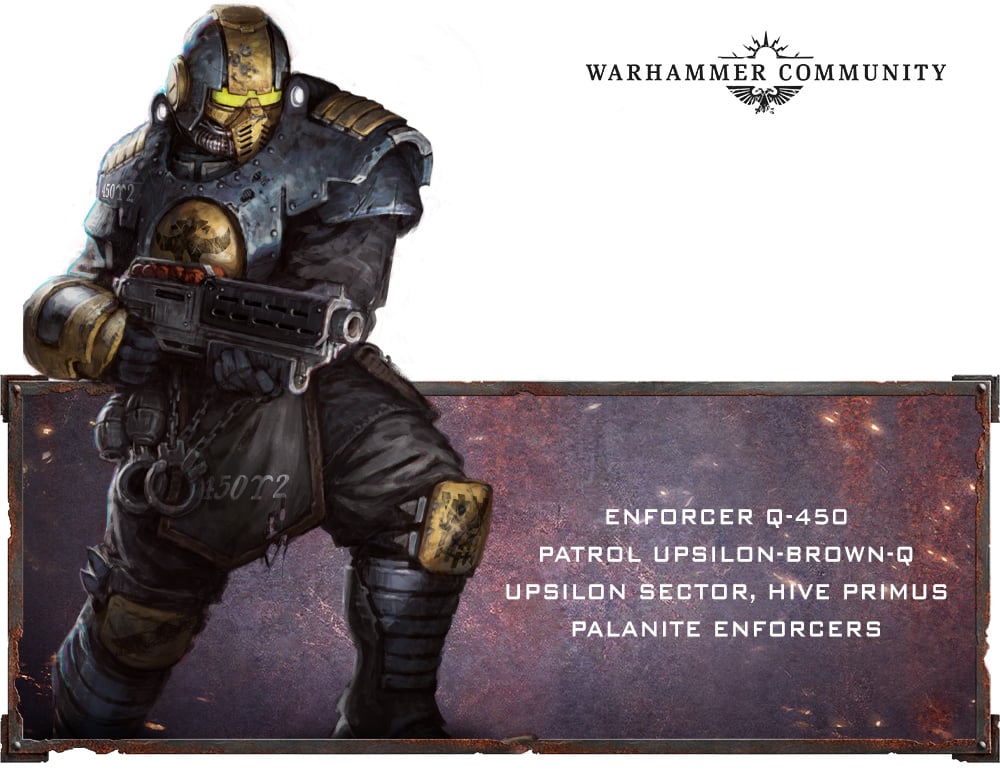 Adeptus Arbites have been something a good part of the community has wanted to see for some time and the new Enforcers are just the beginning (hopefully). Here is some good background info.

Law in the Imperium is enforced in a million different ways – the cruel whims of each planetary governor dictating how the Lex Imperialis is implemented on their world. Few are more cruel than Lord Helmawr of Necromunda, and the forthcoming Book of Judgement fleshes out how his Palanite Enforcers keep the peace. Today, we delve into this new publication to look at Necromunda’s various law enforcers.

The Palanite Enforcers are more akin to Lord Helmawr’s personal army than a police force, and they take great pleasure in brutally enforcing his sadistic will. Chosen from those hivers who show exceptional strength of will and initiative,* Enforcers are put through a savage training regime. Only those who emerge stronger are sent out onto the streets.
Once out on patrol, Enforcers are equipped with some of the finest weapons available, ranging from concussion carbines, used to break up gang violence,** to boltguns and shotguns, which they use to raid the various criminal rackets of the underhive. Once deployed, justice is swift and violent, for only fear of such merciless reprisals keeps the billions of desperate souls in line. 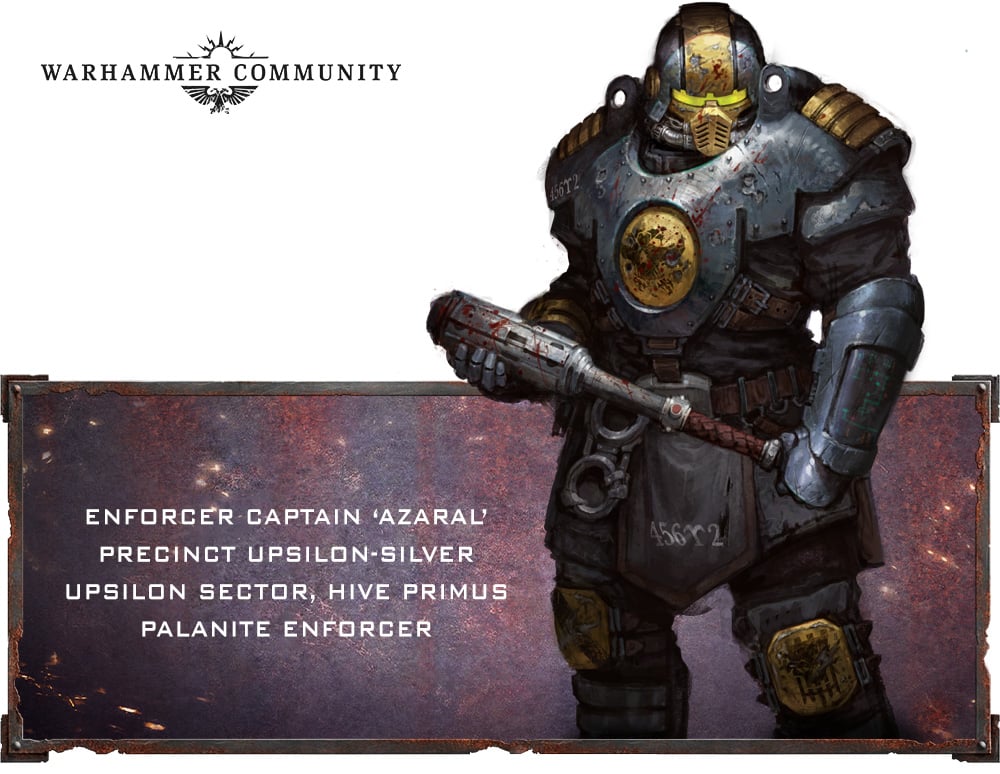 Each patrol is under the command of an Enforcer Captain and operates out of a local precinct-fortress. These Captains are given a broad remit when it comes to suppressing crime*** and they will employ sniper teams, demolition crews and kill squads as they see fit. In fact, by the decree of Lord Helmawr, the Enforcers are judge, jury and executioner on the streets of Necromunda.

If a larger disturbance needs to be quelled, Subjugators are called in. Wearing thicker armour and carrying even more brutal weaponry, Subjugators merrily wade into a crowd to crack heads. Only the most remorseless Enforcers**** are assigned to Subjugator teams and they take a great deal of delight in the carnage that they cause.

Feared throughout the galaxy, the Adeptus Arbites are responsible for enforcing Imperial law across the entire Imperium. Only concerned with interplanetary criminals and enforcing the Lex Imperialis, their remit is far above that of the street-level Enforcers. The trivialities of gang warfare are so beneath them that they probably wouldn’t even acknowledge the existence of any issues in the underhive unless they threaten to become planetary unrest.
As long as Necromunda remains loyal to the God-Emperor and the Imperial tithe is paid on time, the Arbites let Lord Helmawr run the planet as he sees fit. While a ganger may have several run-ins with Enforcers, the chances of them ever seeing an Arbitrator are slim. Those who do better hope that they have made their peace with the God-Emperor, because it means they’ve committed a crime so heinous that there’s only one sentence.