Eisenhorn Being Developed for a TV Show! 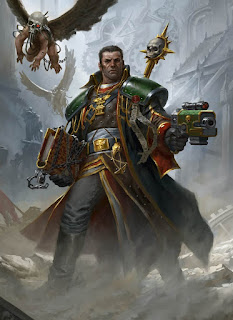 Im in. Far too cool. It will be interesting to see if the mainstream is ready for the 40k Universe or if it's toned down and repackaged to wider audience. 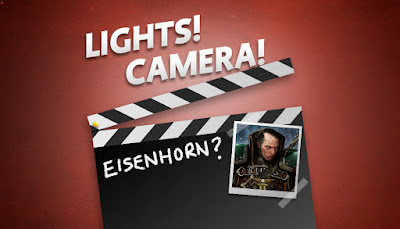 via the Warhammer Community
https://www.warhammer-community.com/2019/07/17/heretic-traitor-rogue-inquisitor-tv-stargw-homepage-post-2/

Okay, folks – this is pretty big. You might want to sit down.
Ready? Here it is…
Eisenhorn is being developed as a TV show.
Boom! As usual, no one expected the Inquisition!*
Development of the TV show, starring Warhammer 40,000’s most (in)famous Inquisitor, is being headed up by Big Light Productions, an award-winning team who have made some great TV shows**. 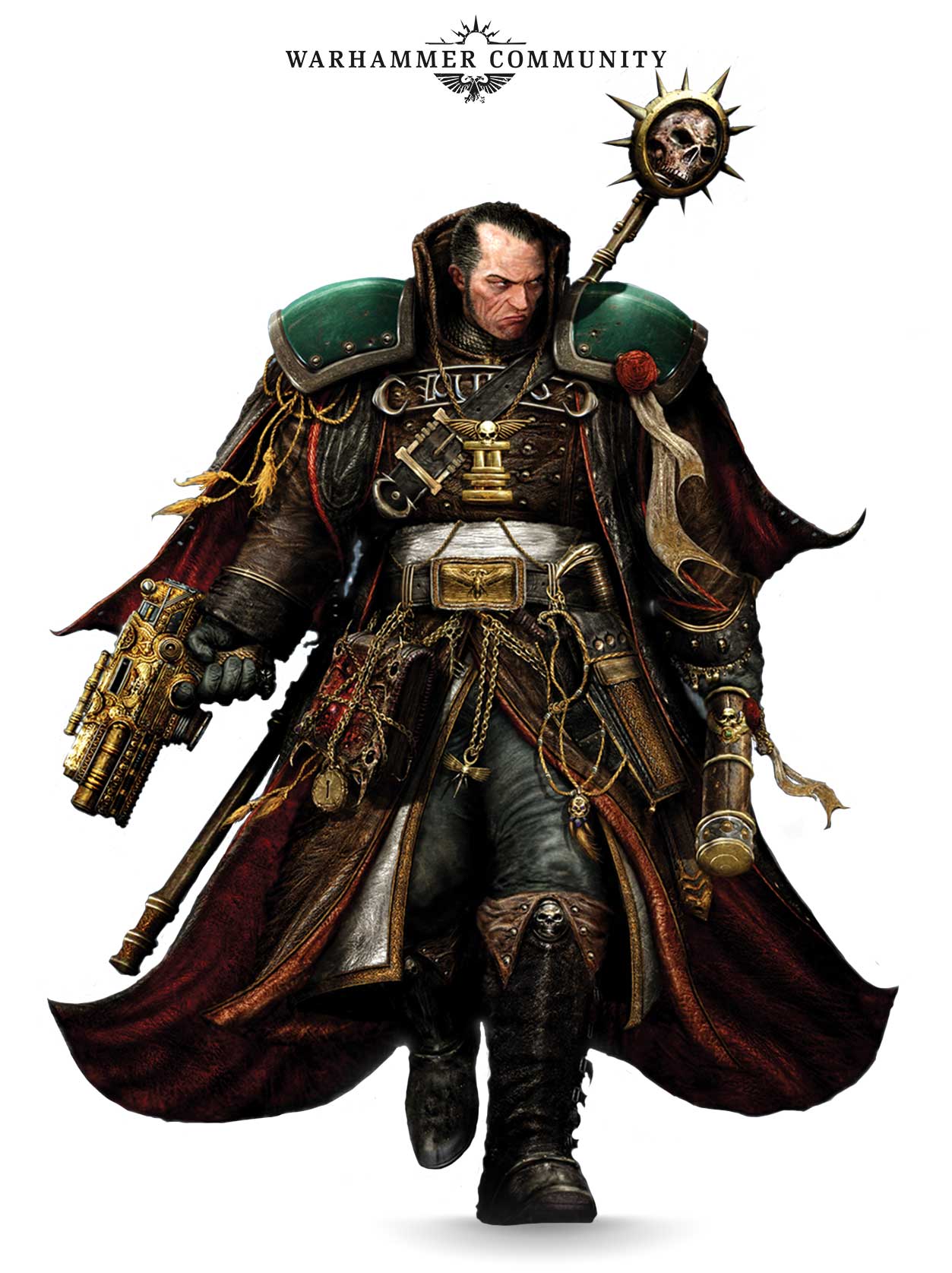 What does “in development” mean?

Not down with all that Hollywood lingo? Well, “development” is the process that all TV shows go through prior to production. Here’s a handy guide to how it works:

Eisenhorn is, of course, a character who has been explored in detail by New York Times bestselling author Dan Abnett across a series of novels. Here’s what Dan had to say when we told him:
“Gregor Eisenhorn is a relentless force in the Dark Future of the Warhammer universe: a destroyer of daemons and a purger of heretics, implacable, powerful and dedicated. But the appeal to me, from the moment I started writing him, was his complexity. He is not the simple, ruthless hero he appears to be. His battle with the Warp leads him into dark places and forces him to question his duty, his understanding of the Imperium, and his own identity. With Eisenhorn, it’s not just the adventures, and they are certainly vivid: it’s the journey he takes to the very limits of what he is and what it means to be loyal.”
– Dan
The series development is being led by Frank Spotnitz, who has previously worked on shows such as Man in the High Castle and The X-Files for which he shares 3 Golden Globes!Here’s what he had to say about the project:
“We are delighted to collaborate with Games Workshop to develop the beloved visionary world of Warhammer 40,000 into a TV series. Warhammer 40,000 is steeped in rich and complex lore, with a myriad of traditions and stories that have accumulated over time in this thrilling and complex world, making it one of the most exciting properties to adapt for television audiences and the franchise’s loyal global fanbase. There is nothing else like it on television, and we are incredibly excited to tap into our own experience creating imaginative, complex and compelling worlds to bring this incredible saga to the screen.”
– Frank Spotnitz
All in all, pretty exciting stuff!
Here at Warhammer Community, we’ll be keeping you updated on the show’s progress – it is worth saying now, development is far from a short process, so don’t expect the Inquisition on your TV for a few years just yet.
In the meantime, if you’re not already familiar with the novels, now would be a great time to catch up. That way, you can prep yourself for future watercooler moments where you get to say knowing things like: “I remember that bit in the books.”, and “Oh yeah, I was an Eisenhorn fan before it was cool.”
As befits such a well-loved character, Eisenhorn also has a model – a faithful representation of the character from the novel series early in his life. You know, before that whole “radical” thing… 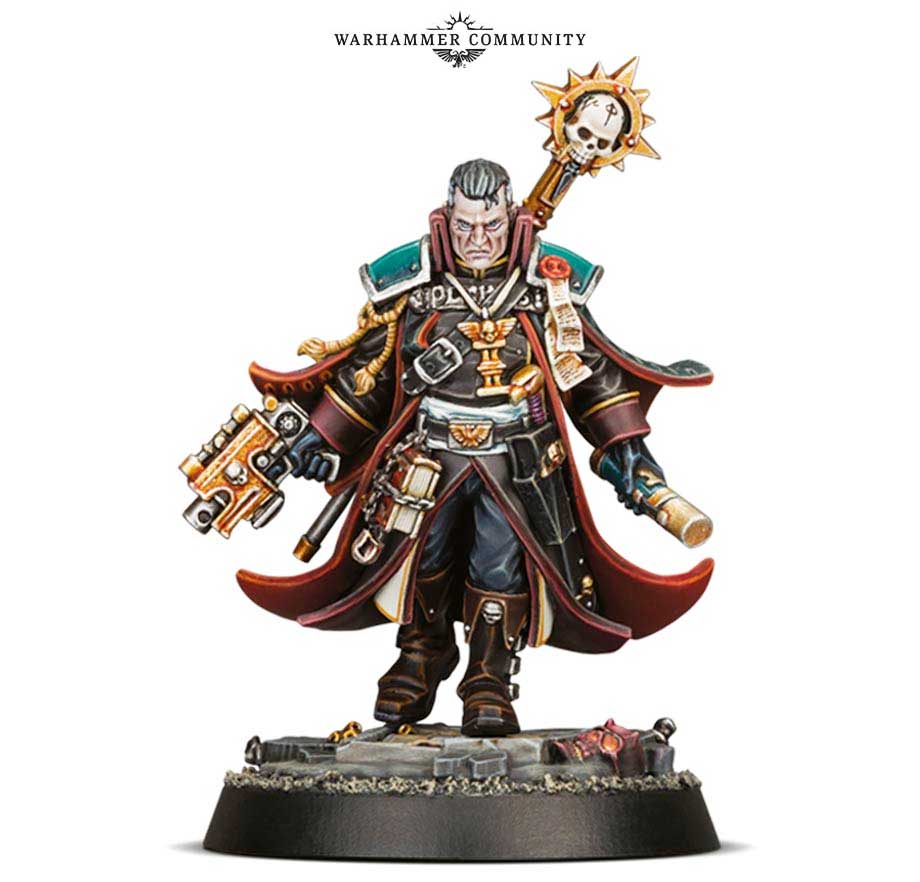 *But even if you didn’t expect it, anyone who has read the books may well have thought ‘This would make a great TV show.’ – we certainly did.**Fancy reading the fact-laden, full announcement we wrote for those fancy Hollywood folk and people who don’t currently have any new miniatures they should be painting (shame on you!) then you can feast your eyes on the full press release here. It’s a hoot.
7/17/2019
Natfka
Inquisitor, Inquisitor Eisenhorn, Warhammer 40k